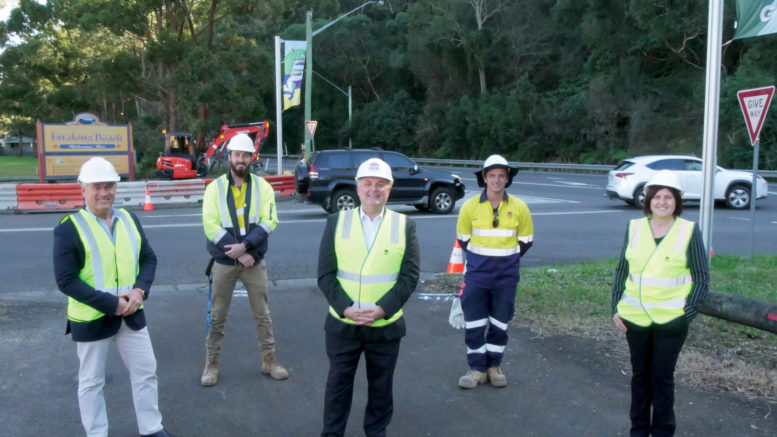 Mr Adam Crouch has defended the need for a $7 million roundabout at the corner of Maitland Bay Dr and Picnic Pde, Ettalong, as the work began on July 6.

“This upgrade is absolutely necessary for this busy intersection, and when completed will massively ease congestion and improve access in and out of Ettalong,” said Mr Crouch, Parliamentary Secretary for the Central Coast and Member for Terrigal.

He said Central Coast Council had issued a licence to Transport for NSW to occupy part of Ettalong Oval for 12 months during the intersection upgrade.

The northern section of Ettalong Oval, next to the Broken Bay Scout Group hall, would be fenced off and used for access by construction vehicles and plants, storage of materials, equipment, containers and shed, temporary fencing and gating associated with the upgrade works, he said.

“There are 19,000 motorists who travel through this intersection each day.

“It serves as the main link between the Peninsula and suburbs to the north of the Rip Bridge like Empire Bay and Kincumber.

Work would be carried out on weekdays and some night shifts would be required.