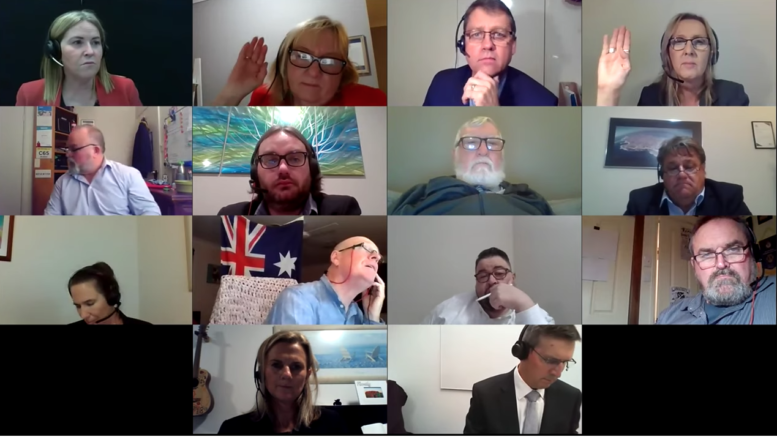 Councillor attendance at council briefings that aren’t confidential will now be allowed remotely, after Central Coast councillors agreed to the change at their council meeting on June 22.

Deputy Mayor, Jane Smith, argued that councillors needed a valid reason for not turning up to briefings in person, but other councillors said dial-in saved time.

Cr Jillian Hogan said zoom meetings were a better use of time and Cr Doug VIncent said it saved two hours travelling time for him.

A report showing the councillors’ absences at council briefings was tabled earlier in the meeting without comment or debate.

It showed that Cr Smith had attended the most briefings in the past two years, being 72 of 78.

Cr Greg Best had attended the least, at 17.

The attendances at the CEO weekly COVID-19 update was also listed but this was recorded, so if councillors missed it, they could catch up later.

Cr Troy Marquart had not attended any CEO updates and Cr Best had attended one.

The councillors adopted a list of meeting dates for the rest of the year and decided that council meetings would continue to be held at Wyong once they were able to be held in public again.

The council had decided in February to meet only at Wyong because it had better facilities to cater for more public gallery members than the Gosford chambers.

No date has been set to return to face-to-face meetings, but the Wyong council building foyer is being renovated and the building won’t be available for meetings until about September.

In the meantime, if meetings are allowed to be held in chambers, but without public attendance, they will be held at Gosford chambers, councillors decided.