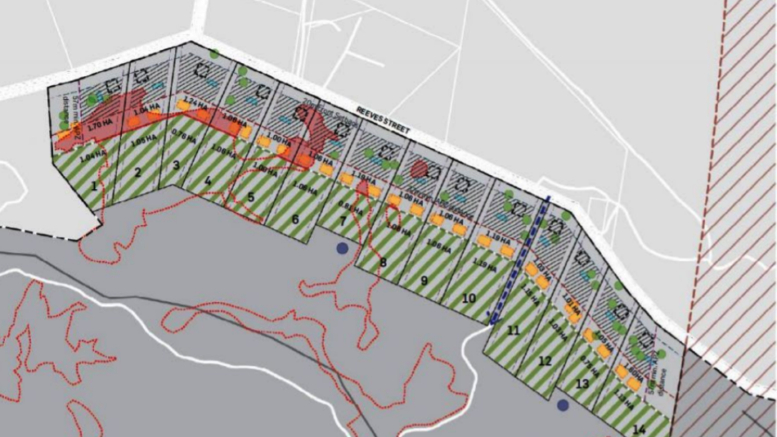 Darkinjung owned land that Central Coast Council had hoped to buy to add to its Coastal Open Space System (COSS) is now the subject of a rezoning proposal to allow residential development.

The Darkinjung planning proposal seeks land rezonings which would permit developing the site at 250 Reeves St, Somersby, with 14 lots of land of about 2 hectares each.

Each lot would include land for a house but also land to remain as bush under environmental protection.

The area is reportedly home to endangered ecological communities of wildlife and vegetation.

The planned development has history with Council.

In August 2019 Council outlined concerns with the Reeves St proposal including the impact on the regional biodiversity corridor, biocertification, and development within a proposed E2 Environmental Conservation lands.

It identified the site for possible acquisition for COSS due to its significant environmental and cultural values.

In November, Council ceded its planning authority for both the Reeves St proposal and the Darkinjung’s Woy Woy Rd site at Kariong.

On June 1 this year however, the NSW Department of Planning requested Council provide comment on the proposal within 21-days.

Council asked for an extension so it could consult with councillors, but this was not granted.

After missing the three-week deadline, Council advised its response to the Department of Planning was late because councillors wanted a briefing before it was submitted.

A report to councillors tabled for the meeting on July 13 says that council generally supports the rezoning plan but wants to see a Development Control Chapter drafted and a plan of management for the ‘no build’ areas within the proposal.

It wants further talks to ensure the orderly and sustainable development of the environmentally sensitive land.

Council is suggesting biocertification for the entire site to streamline future development applications for the site.

It is worried that no build areas will still be cleared to cater for bushfire buffer zones and on site sewage systems and is suggesting a new chapter of a development control plan is needed.

The Darkinjung is the largest non-Government landholder on the Central Coast with 3,700 hectares of land and a new State Government planning framework introduced last year allows the land to be used in a variety of ways, including residential development, employment lands and conservation plans.