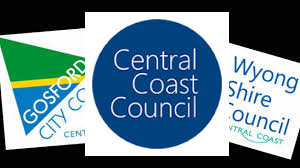 It has cost Central Coast Council almost $39M more to amalgamate on top of the $10M it got from the NSW Government’s implementation fund.

The costs were an estimation given to councillors in a report on Monday night, July 27, the same night that they adopted the Operational Plan for this financial year.

Costs included $8.3M to harmonise salaries and to resolve back dated entitlements for staff of the former Councils.

It will take until June 2022 to complete the amalgamation process, but Council CEO, Gary Murphy, said it would take a decade for the benefits to be seen and all the consolidation to be bedded down.

Speaking during the meeting, Cr Chris Holstein agreed that it would take a decade for the benefits to show, but wondered if the ward system should go.

Cr Jane Smith successfully recommended that the amalgamation report be adopted with an amendment that council look at governance models.

She said that the original State Government report that suggested amalgamations said that larger councils could have local boards to ensure local identity and representation.

Cr Smith wants the council to continue to discuss better ways to meet the needs of the diverse community. The report will be forwarded to the Minister for Local Government, the Office of Local Government and Local Government NSW. In July 2019, Council assigned a program co-ordinator to track progress on amalgamation projects.

This involved monitoring 173 projects, with 790 discrete actions within them that needed to be completed, all of differing complexities. By June 30, 127 of the 173 projects had been completed (73 percent), and 650 of the 790 individual actions completed (82 percent).

The former Wyong Shire and Gosford City Councils became Central Coast Council in May, 2016. A Program Management Office (PMO) was established to co-ordinate and manage the consolidation of systems, processes and people. The PMO divided the program of work into 20 work streams, with projects and actions within each work stream.

A number of major projects still remain, including the consolidated Local Environment Plan and Development Control Plan, rates harmonization, and new IT systems, prior to being fully consolidated.

Council received $10M from the NSW Government’s Stronger Communities Fund to kick start the delivery of infrastructure and service projects. Of the 10 projects identified as recipients of this grant fund, only one hasn’t been completed.