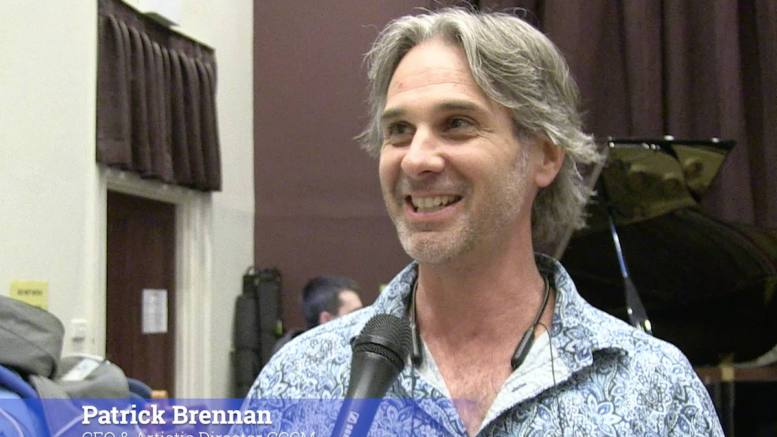 [Exclusive video interview included] Conductor and Central Coast Conservatorium Artistic Director, Patrick Brennan, has much in common with the iconic old building on the corner of Mann St and Georgiana Terrace where he works.

Both are undergoing a long slow rehabilitation and restoration. For the Conservatorium it’s the long-awaited upgrade.

For Brennan its recovering from a circular saw accident that nearly severed his left hand. Speaking publicly for the first time about his accident which occurred back in May, Brennan paid tribute to his neighbours and the emergency responders who arrived quickly on the scene and airlifted him to Royal North Shore Hospital.

Brennan believes the skill and expertise of the hospital’s surgical team is the reason he still has his hand. He credits the kindness and support he has been shown with aiding his recovery.

“Since my accident, the support from colleagues and the music and broader arts community on the Coast and from around Australia has been generous and incredibly inspiring,” Brennan said.

Patrick said the Conservatorium Building Committee are working with a heritage consultant to ensure the integrity of Gosford’s oldest building is preserved – and thanked Central Coast Council for its $10,000 grant contribution towards developing a heritage plan.

As for himself, Brennan said although he is currently incapacitated and learning how to re-use his left hand, he knows his musicians mind will help him overcome the challenges that come his way during his recovery period.