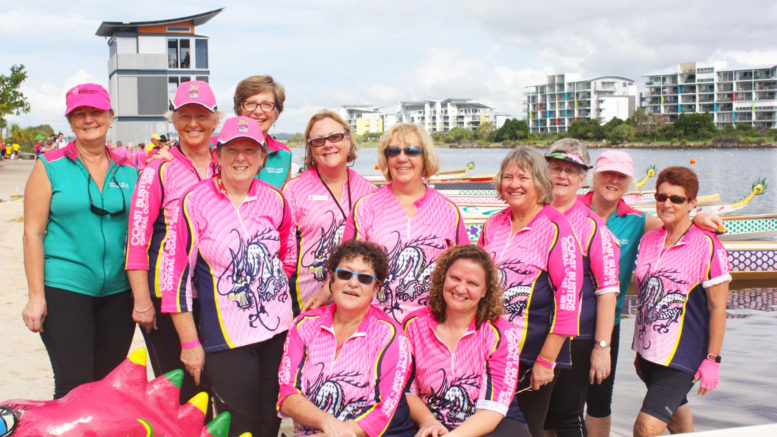 A partnership between the Rotary Clubs of Wyong Tuggerah, Kincumber and Terrigal, the grant program was held in association with the Central Coast International Women’s Day Combined Committee (CCIWDCC) and Gosford MP, Liesl Tesch, to deliver $1000 grants to eight organisations across the Coast to assist them with their invaluable community work.

In the former Wyong LGA, the two recipients were the Wyong Neighbourhood Centre (WNC) and Dragons Abreast Central Coast.

WNC’s funding will be put towards their recently announced Wings for Teens to Succeed program featured in Coast Chronicle edition 196.

Dragons Abreast Central Coast are a dragon boating club with a twist.

The organisation has been running across Australia for the past 20 odd years and was formed to support women on their road to recovery, post breast cancer.

It’s since grown into a global movement and now includes people impacted by breast cancer.

Anchored by the need for breast cancer survivors to boost their physical fitness post treatment, the movement helps empower individuals, families and communities to live well, get fit and make new connections.

The Central Coast chapter boats across Tuggerah Lakes and is based at Toukley.

Chapter member, Karen Wallwork, said the grant had already made a world of difference.

“We used our grant to purchase a new boat trailer.

“Dragon boats are around 10m long, so they’re quite difficult to transport to and from the water.

“Our previous trailer had rusted out, but thanks to this funding, we have our new trailer ready to go,” Wallwork said.

“We are only a small group and we have to do a lot of fundraising just to maintain our boats, so this funding really means a lot.

“It’s enabled us to purchase a new trailer far sooner than we anticipated.

Liz North is the Treasurer for both the Rotary Club of Wyong Tuggerah’s and the CCIWDCC.

She said that both her organisations were thrilled to be able to support two such worthy local causes.

“It’s really very gratifying to be able to help these groups.

“They do such amazing work with very little to no government funding.

“They keep giving and they reach so many people who fall through the cracks.

“They serve the community selflessly, so I feel quite humbled to support them,” North said.