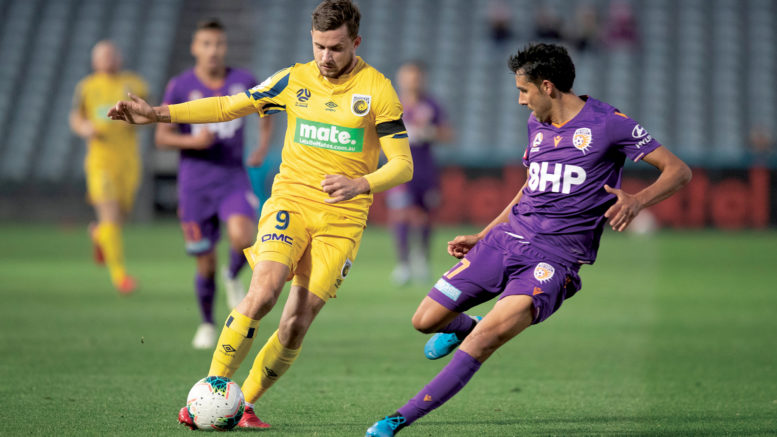 Jordan Murray was a casualty of the Mariners first outing in the A-League reboot Photo: Central Coast Mariners

Central Coast Mariners owner, Mike Charlesworth, has labelled a decision by Football NSW to promote the Western Sydney Wanderers’ Academy side to the NPL1 league as unfair and lacking in integrity.

Football NSW’s decision to promote the Wanderers’ up from the NPL2 came after the Sutherland Sharks pulled out of the remainder of the season.

The decision has Charlesworth crying foul as other eligible Academy teams like the Mariners’, were overlooked for the opportunity, despite placing higher than the Wanderers’ last season.

“The Central Coast Mariners are disappointed by and strongly opposed to the recent decision made by Football NSW that ignores the recommendation of the Socceroos Head Coach, temporarily promoting one Hyundai A-League Club Academy team to NPL1 while excluding other eligible Club Academy teams from having the same opportunity,” Charlesworth said via media statement.

“The club understands that the recommendation to Football NSW was to promote all Hyundai A-League Club Academy sides into NPL1 for the 2020 season to ensure Olyroos eligible players within those clubs would receive more game time and opportunity to play against the strongest possible opposition.

“Despite this, a decision was made to discriminately apply this recommendation, resulting in one club receiving beneficial treatment and two other clubs and their players missing out on this opportunity.

“The Mariners are bemused by the lack of integrity and fair judgement in this decision, which has clearly not taken the results of the previous seasons into account nor the rules of FIFA which regulate the promotion and relegation between leagues in FIFA nations.

“This decision is a frustrating obstacle to confront as we strive to provide the best opportunities and pathways for our Academy players, and we will assess all our avenues around this issue moving forward.

“To see a determination that hand picks which clubs are handed an opportunity and which clubs are not reeks of poor governance and process and the correspondence that I have received from the Chairman of Football NSW is unacceptable and patronising to our club.

“If Football NSW wish to follow the technical direction of Graham Arnold that is great, but to pick and choose which parts of his recommendation are adopted to benefit individual clubs is the type of behaviour that erodes the trust that the football community has in the administrators of our sport,” the statement reads.