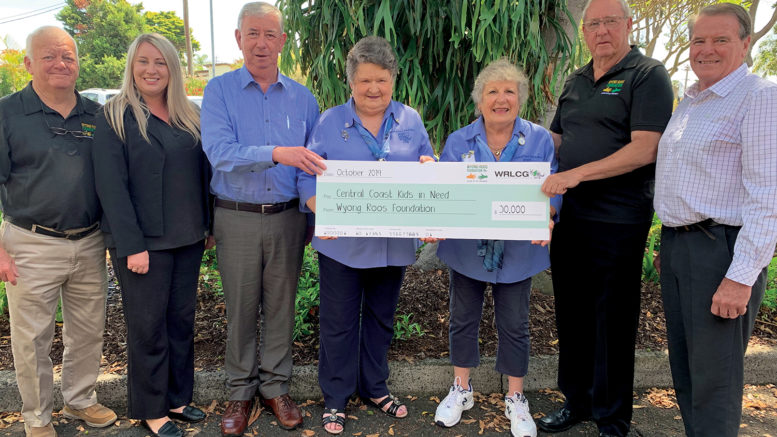 For 27 years Central Coast Kids in Need (CCKIN) have been a fountain of support and compassion for Central Coast families with seriously ill children but now they need help themselves.

The Bateau Bay based charity financially supports families with travel, accommodation and medical expenses, but has fallen on hard times in the wake of the pandemic.

According to CCKIN Treasurer, Rhonda Doyle, the charity is at risk of running out of funds to continue their vital work because it can’t hold any of its traditional fundraisers under current COVID restrictions.

It’s left a $100,000 hole in their budget and with no vaccine for the coronavirus in sight, Doyle says it’s only a matter of time before the charity burns through its reserves.

“We’ve crunched the numbers and it looks like we’ll only have enough money to continue on as normal for the next nine months.

Adding to the charity’s woes is their lack of government support and increasing costs to deliver certain services in a COVID environment.

As a voluntary run organisation filling in a service gap between Sydney and Newcastle, CCKIN relies heavily on the generosity of locals to help fill its coffers, but Doyle said that support had also been impacted as regular donors feel the financial sting of COVID-19.

“We have appealed to local MPs, Central Coast Council and the region’s State and Federal representatives about stimulus support, but the only responses we’ve received have been to advise that we don’t qualify for anything as we’re a voluntary run organisation.

“We’ve also seen a drop off in donations because all of our usual big corporate donors have been impacted by COVID, and just little things like no one using cash anymore is really having an impact,” Doyle said.

With no clear-cut solution other than an influx of donations, Doyle said CCKIN was now scaling back its services in an effort to persevere.

“We’re going back to grassroots and not accepting new referrals right now.

“We hate turning people away, but we will run out of money otherwise,” Doyle said.

Thankfully, the charity has been thrown a lifeline in the form of two $30,000 donations, the first of which was raised by one of the families CCKIN has helped.

The Martin family from Bouddi created the Toby’s Gift fundraiser in memory of their son Toby, who lost his battle with Leukemia earlier this month.

It was Toby’s wish to give back to the charity who supported his family throughout his battle.

His story was recently featured on A Current Affair, with his parents encouraging people to donate to the legacy fundraiser to honour the memory of their son.

In just two weeks, Toby’s Gift has raised over $31,000 and counting, with donations pouring in from across the country.

And it appears to have had a flow on effect, with CCKIN also receiving a $30,000 donation from long time supporters, the Wyong Roos Foundation, and a further $15,000 through the donation portal on their website.

However, while Doyle said CCKIN would be eternally grateful for the funding, she believes that it’s not enough to pull the charity back from the brink.

“Toby’s story has touched the hearts of people right around Australia and all of these donations will certainly be put to good use, but this is only a short term boost and until we’re able to fundraise again, we don’t know what’s in store,” Doyle said.

With their plight now freshly on the nation’s consciousness, CCKIN volunteers are hoping that the ripple effect will help mobilise additional support.

“Both Lucy Wicks and Prime Minister Scott Morrison appeared in the A Current Affair story, so we’re hoping that Ms Wicks and other MPs will take more interest in helping us.

“We’re also hopeful that some big corporations might consider reaching out to support us too.

“We are a small charity, but we do big things,” Doyle said.