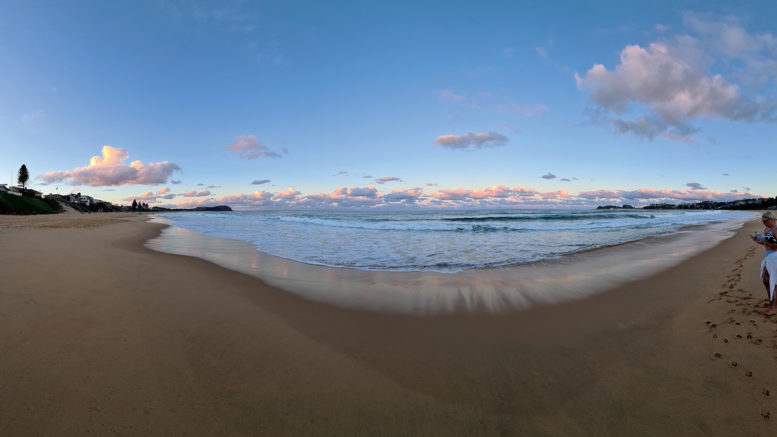 Wamberal Beach prior to the storm Photo: Justin Stanley

Several options for a long-term solution to erosion at Wamberal Beach, including a revetment wall along the beachfront, are under consideration as Central Coast Council weathers accusations of inaction on a situation which has been escalating for decades.

Parliamentary Secretary for the Central Coast, Adam Crouch, has laid the blame for the present state of affairs at the feet of Council, saying the State Government provided more than $200,000 in funding in 2018 for the development of a long-term solution.

Council’s Director Environment and Planning, Scott Cox, said the amount had been matched by Council, with the funds used for various geo-technical and other studies which were necessary before any solution could move to the design phase.

“Manly Hydraulics is now preparing some design work which should be available by the end of the year.” Cox said.

Council CEO Gary Murphy said rock filled bags now being situated on the beachfront as a temporary measure could be incorporated into an eventual long-term solution.

Manly Hydraulics Laboratory was engaged by Council in May to prepare concept plans for a terminal protection structure with planning to include workshops with residents and key stakeholders.

It has called on the State Government to fast track recommendations of the Wamberal Beach Management Options: Cost Benefit and Distribution Analysis Report (CBA) of 2017.

The State Government says these recommendations were signed off on at the time and action could have been taken long before now.

“In the case of 20 beachfront properties the extent of damage risk faced is already mitigated due to a building requirement to put down piles to bedrock,” the report said.

“Thus, sand can be eroded from underneath these properties during storm events and will only involve utility reconnection costs.”

The CBA suggested that the key beneficiaries from construction of a seawall would be the owners of beachfront properties and the trade-off would be the loss of annual visits due to the loss of the beach.

“This loss of visitors may create some concern in the wider Central Coast LGA, especially as 41% of the beach-front properties that would potentially be protected by a seawall (at the expense of the beach) are not permanently occupied and 32% are owned by people residing outside the Central Coast LGA,” the report said.

Several engineers have indicated the preferred option is a revetment wall because it produces a different pattern of wave energy that not only reduces beach erosion but also sustains the beach itself.

The CBA report itself actually recommended “planned retreat” as the best of eight options that included a number of different revetment walls.

Mayor Lisa Matthews has called for solidarity between the tiers of government.

“This is a not a time for blaming each other – it is a time for us to work together to deliver long-term solutions for the Coast, including for those who have been so terribly impacted by this event,” Cr Matthews said.

“We can’t do things piecemeal.”

Cr Matthews said she had requested a report on development application approvals relating to the affected homes at Wamberal, including information on DAs originally declined by Council but later approved on appeal by the Land and Environment Court and waivers which might be included in DA approvals.