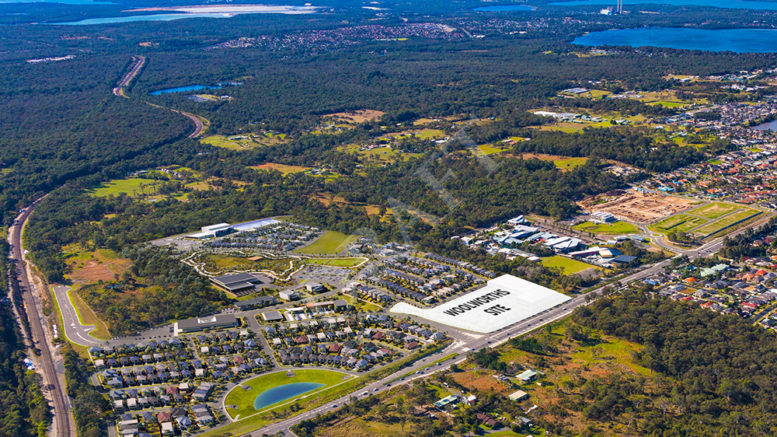 Warnervale Town Centre development should be fast tracked to quickly generate significant employment, economic growth and affordable housing to lead the way for the region’s recovery from the effects of COVID-19, Harris said.

He said Woolworths has put in a proposal for a zoning change to allow for their outlet to move about 400m closer to Sparks Rd.

“What they are proposing is to move from the top of the hill to the bottom of the hill, and to swap the two zonings for those areas so no residential area will be lost, it will just be in a different position.

“Council said because of the location change, there might have to be a re-look at some of the studies, however, the time frame for that sort of thing could be 12 to 18 months.

“Given that we need an economic shot in the arm and given that it’s only 400m to where Woolworths wants to re-locate, I’m asking Council and the Department to understand the commercial realities and allow Woolworths to change and build a neighbourhood shopping centre, like Lake Munmorah, or Lisarow.

“People want retail sooner rather than later, somewhere they can come off the freeway at Sparks Rd, stop and get their groceries and then continue on home.

“I met with the Planning Minister, Rob Stokes, and some of his planning staff and they indicated to me that if Council was supportive, the project would fit under the fast tracking provisions that have been introduced because of COVID-19,” Harris said.

He told State Parliament on June 17 that the developer, Landcorp NSW, has focused on Council’s stated objective of creating much needed employment as quickly as possible, as well as providing affordable housing and new first class amenities, all of which have been long promised and long awaited by residents of Warnervale and surrounds.

“I strongly put the case for fast tracking this development in a very productive meeting with Planning Minister, Rob Stokes, who gave a favourable response that it could be considered, with the support of Council, although the current plans will need some revising,” Harris said.

“I was pleased that the Minister saw the need to look at some of the zonings in the area to make sure that we can actually deliver what is needed.

“Recently, I met with the Mayor and CEO to put the case for making the necessary changes.

“This is critical to the success of the project.

“We have the will and the finance of the developers, we have the broad community support for retail to be provided for that growth corridor, and now we need the planners to provide the necessary flexibility to deliver a much needed boost to the local area.

“It is exciting to see earthworks currently under construction, but we need the will and determination from Council to get behind the project to make sure it is delivered.”

Harris said the original plans were done more than 10 years ago and the retail and commercial world had since changed significantly.

“The plans have to be changed to fit the new environment and a new retail offering for residents has to be delivered.

“Council has to get on board and we have to get this done,” Harris said.

“Construction of new homes on the first 140 residential lots (Hilltop Park) is already providing much needed employment and economic relief to this area.

“Development of the central commercial hub has commenced with civil works scheduled to be completed by the end of 2020, before the start of the new commercial centre.”

Harris said Landcorp NSW anticipated starting subdivision work on the adjoining site, which was purchased from Council in 2017, by early to mid 2021.

“The development of that site alone will generate about $70M in local construction work, between $8M and $9M in Section 7.11 contributions to Council, and an approximate additional $160,000 in annual Council rates,” he said.

“Critically, there will be more than 1,000 jobs over the one to two years or so in the Warnervale area, directly related to the construction and development works on this next stage of the overall precinct.

“Additionally, the completion of the new park lands at the heart of the town centre will include a dedicated area honouring the history of local Indigenous communities, open-air sports facilities, bike tracks, jogging tracks and other community amenities within the park lands, which the developer contemplates will be completed by early 2022.

“These commercial facilities alone will generate another 500 much needed jobs, especially for local young people.

“I strongly encourage the Mayor, the Councillors and the Council to work in tandem with the developer to make this a reality as quickly as possible, particularly as we emerge from COVID-19,” Harris said.