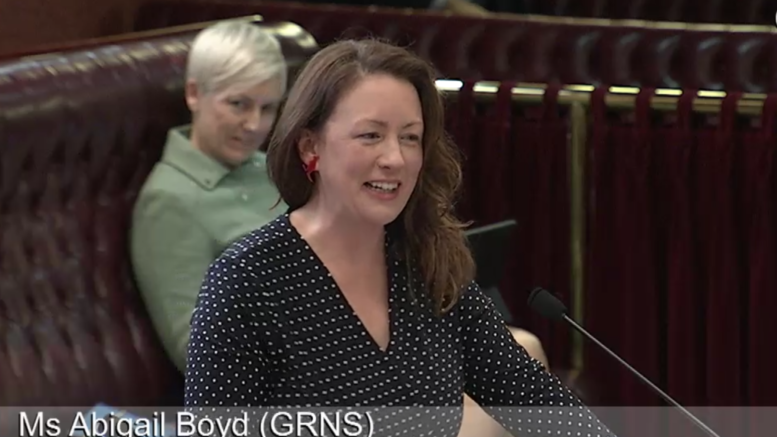 Member for Gosford, Liesl Tesch, has hailed the blocking of the State Government’s plan to freeze the wages of public sector workers as a “win for compassion and good sense”.

The Upper House blocked the move on Tuesday evening, June 2, with the matter set to go to the Industrial Relations Commission (IRC) on June 4.

The move follows widespread public protests, with Central Coast health workers rallying as late as Tuesday morning in the rain outside Gosford Hospital, ahead of the Upper House vote.

Branch Secretary of the NSW Nurses and Midwives Association (NSWNMA), Meg Pendrick, said at the rally that if the 2.5% wage increase due on July 1 was rescinded, members feared the freeze could last as long as four years.

“COVID-19 is not over yet and our expected 2.5% increase would only bring us more in line with cost of living rises,” Pendrick said.

“We believe we have shown our worth and the public are behind us.”

Tesch, who attended a rally last week in support of health workers, said it didn’t make sense to take money out of the pockets of public sector workers, whose wages support jobs in retail and hospitality.

“The Government’s wage freeze was a blatant attack on the 65% of public service workers who are women, especially in our nursing and teaching sectors.

“Women already face significant barriers in the workplace and have borne the brunt of the COVID-19 pandemic.

“They deserve a fair go.”

Tesch said that despite Labor successfully spearheading a stoppage of the wage cut in Parliament, the fight was far from over, with Premier Gladys Berejiklian flagging an attempt to freeze wages through the industrial umpire.

“Labor will fight the Berejiklian Government every step of the way,” she said.

“Our nurses, cleaners, police, and firefighters deserve to be recognised for their hard work and treated with dignity, not cop a pay cut.”

Tesch said the proposed wage freeze would affect more than 11,000 people on the Central Coast and rip $71M from the region’s economy over the next three years.

Public service unions praised the Upper House decision, which came in the wake of an offer from State Treasurer Dominic Perrottet to make a one-off payment of $1000 to public servants in lieu of a wage rise.

The NSWNMA labelled the offer an “insult” and the NSW Teachers Federation said it was unacceptable.

“This offer adds insult to injury following the huge amount of work teachers have done to ensure educational continuity for students during this crisis,” Teachers Federation President Angelo Gavrielatos said.

Unions NSW Secretary, Mark Morey said the Upper House’s decision to block the wage freeze was especially important for regional and rural communities, which are heavily reliant on public sector wages to stimulate their economies.

“The Upper House has helped prevent the NSW government turning a recession turning into a depression,” he said.

“The NSW Government always looks to its own workforce for savings, but today as we confront the worst economic crisis in a generation, economic sanity has prevailed.”

Meanwhile the NSWNMA has said it will not back down from the fight to secure the 2.5% pay increase.

“The government is confident it can convince the NSW IRC that nurses, midwives and other public sector workers are worth 0% in their contribution to the state,” General Secretaty Brett Holmes said.

“It’s an insulting argument which polarises and devalues thousands of nurses and midwives who already feel like yesterday’s heroes.

“In another act of desperation, the Treasurer and Premier are now trying to blackmail nurses and midwives with threats of forced redundancies.

NSW Treasurer Dominic Perrottet said the Government has to consider what is in the best interests of the eight million people living across the state.

“At a time when there are hundreds of thousands of people out of work, the creation of new jobs must be our top priority, not giving those with job security a pay-rise,” Mr Perrottet said.

“We’re in the grip of a once-in-100-year crisis and it is simply not appropriate to pretend this is a year like any other.”

The Treasurer has met with unions and workers impacted by this decision to hear their views and to explain why he believes a public sector pay-pause is needed for 12 months.

“It’s a sad day when Labor and the cross-bench show as little regard as they have today for the thousands lining up outside Centrelink and approaching charities for food hampers, because they can no longer afford to put food on the table.”

Conciliation were set to begin in the IRC from June 4.

An open letter to the NSW Government