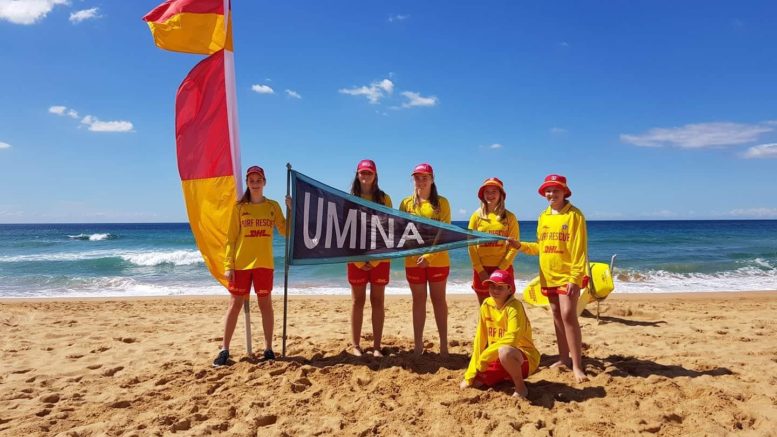 The best and brightest among the Coast’s dedicated surf lifesaving movement were honoured over the long weekend when Surf Life Saving Central Coast (SLSCC) held their 2019-20 Awards of Excellence.

The annual awards are a celebration of the region’s volunteer lifesavers and those that support them and were held exclusively online for the first time due to COVID-19.

SLSCC announced this year’s winner via video on June 7, with hundreds of locals tuning in to honour their peers.

In a nod to the strength of the Coast’s SLS movement, clubs from across the north and south were honoured for their lifesaving skills, community management, administration and athleticism.

North Avoca’s Female Masters Team then took out Surf Sports Team of the Year, with Avoca’s Chris Gathercole taking out Official of the Year.

Copacabana’s Laura Luchi took out Patrol Captain of the Year before Shelly Beach picked up another two awards in Daniel Kingsley, Administrator of the Year, and Service Team of the Year to their Education Team.

But it was undisputedly Umina SLSC’s night of nights, with the Peninsula based club the Coast’s most decorated with seven awards.

Pam Edmonds kicked things off for Umina when she took out Trainer of the Year and this was followed by Mick Magurren’s Coach of the Year.

Lachlan Braddish and Kai Darwin then picked up Young Athlete of the Year and Young Lifesaver of the Year before Umina was confirmed as this year’s Patrol Competition Champion and the Rescue of the Year winner (Rosie Pragono, Peta Netzler and Shelley Smith).

The proceedings ended with Umina taking out the most prestigious honour of the night, Club of the Year.

The largest club on the Coast, Umina has grown from strength to strength in recent years.

They’ve always been known as a breeding ground for exceptional surf sport talent, but according to Club President, Stephen Scahill, the club’s real strength lies in its community spirit.

“We are a volunteer organisation predicated on supporting our community.

“We believe in all the little things that make Umina SLSC everything it is today.

“Tonight, we achieved excellence and were rewarded for our hard work, dedication and commitment to surf lifesaving,” he said.

This year’s results also mark Umina’s third straight SLSCC Club of the Year title and with the SLS NSW Awards of Excellence just a few months away Umina could make 2020 one for the record books if they take out back-to-back regional and state titles, with the club also the current reigning NSW Club of the Year.

Should Umina pull off the double whammy Scahill said it would be a milestone victory for members.

“It certainly doesn’t happen all that often and would be a very special moment for Umina SLSC,” he said.

Scahill also wished to thank the sponsors that have helped lift Umina SLC to where it is today and paid tribute to the other Central Coast clubs.

“I want to congratulate all of the other clubs who won awards and their nominees.

“The Awards of Excellence really are all about celebrating the achievements of our Central Coast SLS community and Umina wishes all the category winners’ luck at the State awards,” Scahill said.

Success in pool at Adelaide