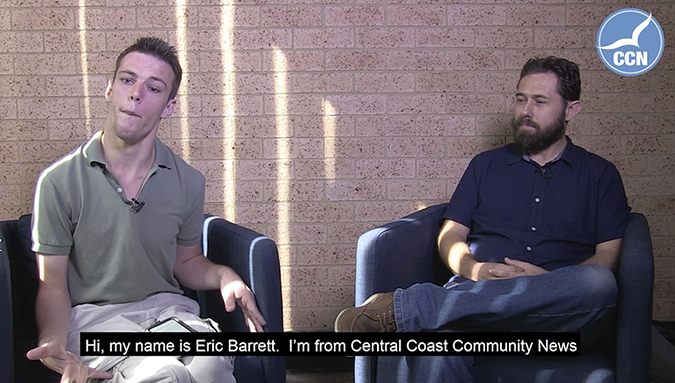 For people with a disability, the prospect of finding open, engaging employment on the Central Coast was already limited, and that was before COVID-19 brought further dislocation to the job market.

That is the observation of Callum Hayes, Customer Service Manager at Breakthru, an organisation that supports disabled people to build skills and be “job-ready” for open, unsupported, employment.

“For people living with any kind of disability, whether it is a physical or a mental impairment, it is nearly impossible to find open employment, either in the private sector or inj any of the three levels of Government,” Hayes said.

So what do they do when their parents and/or caregivers are at work?

Hayes says there is a considerable amount of NDIS funding for day programs which involve activities such as bowling, movies etc, but not much else.

“This helps people engage with the community, but it doesn’t prepare them for real work.

“What they need is for someone to give them a go in an open employment role.

“The participant also needs to be feeling that they are at a point where they can do the role independently,” he said.

Eric Barret is a prime example of what success looks like.

Eric was diagnosed with cerebral palsy at birth and has since completed his HSC and a long list of IT courses to become an accomplished IT practitioner.

He has volunteered to work at over a dozen organisations around the Central Coast and, more recently, won some fame as a star on of the ABC program, Employable Me.

Barrett has since taken on a part-time role at Central Coast Health District in an administrative role.

Even so, he is still searching for a full-time open employment opportunity that fully utilises his IT skills.

Barret says that the NDIS cover all of the supports required for life in the community, but there is really no practical opportunity for a disabled person to trial their skills in open employment.

The NDIS Minister, Stuart Robert, has stated that the NDIS roll out is 80% successfully completed, but there is still a considerable amount of work to do in accepting people who have a disability.

Barrett said: “I encourage MP, Emma McBride, the Shadow Assistant Minister for Carers and Mental Health, to table a motion in Parliament to get the government to do more.

“This might include providing more support to people who may struggle for a little while at a new job.”

“We can still get the same amount of work done but just may need a little bit more assistance to get set up to achieve our responsibilities.

“I also encourage managers not to be afraid to give a disabled person a chance when they are short listing people and to look at their specific strengths and weaknesses before dismissing an applicant simply because they have a disability.” Barrett said.

For an interview by Eric Barrett (as interviewer) of Callum Hayes on this issue, please visit: https://coastcommunitynews.com.au/news/video-news/