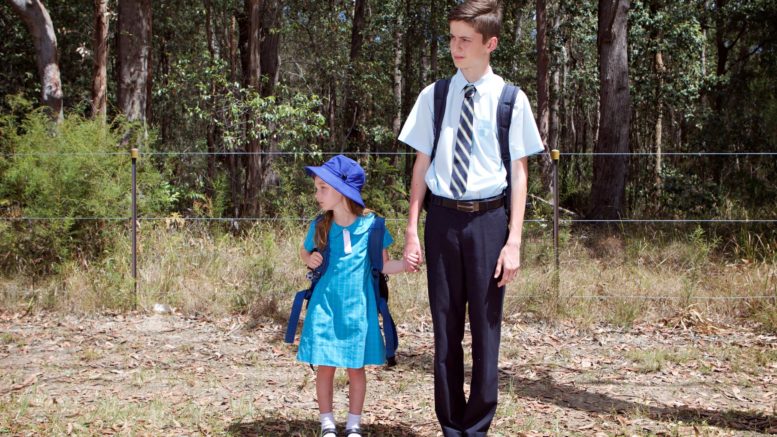 Results from the NSW School Survey highlighted that the main concern in the northern area of the Central Coast is the lack of footpaths for students to safely walk to and from school.

The flow-on effect is parking problems and traffic congestion around schools, because many students are being driven to school.

The NSW School Survey was distributed between January and April by Shadow Minister for Active Transport, Jo Haylen, allowing parents, carers, residents, school principals and P&C Associations to nominate issues with road safety around their schools.

In the Wyong electorate, 17 schools participated in the survey with 155 responses.

49 percent said they drive to and from school, 18 percent walk, 17 percent take public transport, eight percent cycle or ride and eight percent were in the “other” category.

The survey identified the main concern was the lack of footpaths, forcing children to walk on busy roads, and existing footpaths were too narrow for both walking and cycling.

There is a lack of safe pedestrian crossings or traffic lights, especially on busy major roads.

More parking was needed to stop double parking and dangerous driving as well as undercover areas and drop off/pick up zones.

Speeding in the 40kmh school zones and through residential streets where children walk or ride to school, was also a problem that was highlighted.

Most of the schools in the survey identified that not all students were eligible for free bus travel, which discouraged them from travelling on public transport.

Wyong MP and Shadow Minister for Central Coast, David Harris, said the survey report highlighted that many local schools did not have sufficient supportive infrastructure such as footpaths and bike paths.

“This forces many people to travel to school by car which then causes issues of traffic and safety around the immediate school entry points.

“Consequently, there should be a co-ordinated infrastructure plan to supply pathways which would then facilitate better walking and cycling opportunities for students.

“The report also highlights that there might be some issues around public transport routes which is demonstrated by the number of families that are choosing to drive to school.

“Issues of congestion before and after school could be improved by a focus on infrastructure and public transport accessibility.”

Shadow Minister for Active Transport, Jo Haylen, has called on the NSW Government to listen to parents and act immediately to make local streets safe.

The report, which includes both broader policy ideas and recommended local solutions, as well as a list of specific issues, has been sent to the State Government, local councils and to other decision-making bodies across three levels of government.

“Families across NSW want the option to ride, walk or take public transport, but the Premier needs to build the infrastructure and provide the services to make it possible,” Haylen said.

“I understand the concerns regarding students being able to walk safely to and from school and I would encourage Council to apply for funding under the program,” he said.

“Council has received more than $104M over the past two years from the NSW Government for a wide range of projects.”