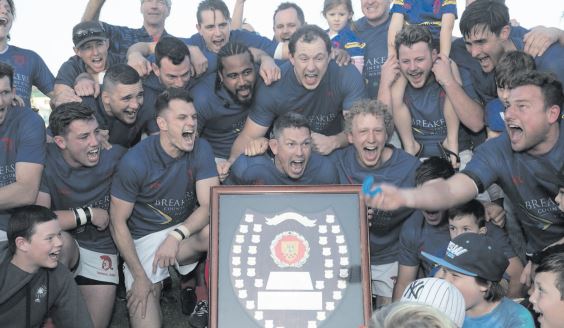 Central Coast councillors have knocked back a recommendation from officers to waive payment of more than half a million dollars in loan repayment owed by the Terrigal Trojans Club after a protracted debate at their June 22 meeting.

Officers had recommended that the long-standing debt, which dates back more than 15 years and relates to major refurbishments at the clubhouse, should be waived, with the club having contributed a total amount of $727,854, by way of cash and capital grants contributions directly toward the building.

But councillors’ opinions were divided on the issue.

“What a wonderful tenant we have in this building – it could be a fantastic model because it has worked in our favour,” he said.

But Councillor Jeff Sundstrom said the matter was a financial arrangement between the former Gosford Council and the Trojans and he did not consider it had been repaid.

Cr Sundstrom said he felt waiving the amount would not have wide acceptance across the local government area.

CEO Gary Murphy said “rather unusual and messy arrangements” had originally been made and he felt the Trojans’ contribution had been fair and reasonable.

Councillor Greg Best said he was in favour of the recommendation.

“They are our community, they are the reason we exist, and we should support them,” he said.

But Councillor Doug Vincent said expecting the payment was about equity.

“It’s not about knocking the Trojans, they’ve done a terrific job, a lot better than some other codes,” he said.

Councillor Jillian Hogan said once again Council had been asked to pick up an historical debt and [the same amount] could pay for two playgrounds in the north.

“We know that but we’ve giving a free kick to a football club; I don’t agree with it – I think we’re setting up a precedent,” she said.

“This has been a success; Council is way in front.”

Councillor Chris Holstein said he was around in 2005 and knew the background and said in hindsight things should have been done differently.

He suggested an amendment offering a compromise a 50 per cent reduction on the loan and giving the club a chance to demonstrate its diversity of community contributions over the next 12 months before Council consider the balance of the loan.

But the amendment was lost.

The original motion to waive the loan amount was also lost.

Meanwhile the Terrigal Trojans continue to pay an annual rental fee on the club premises to Council.