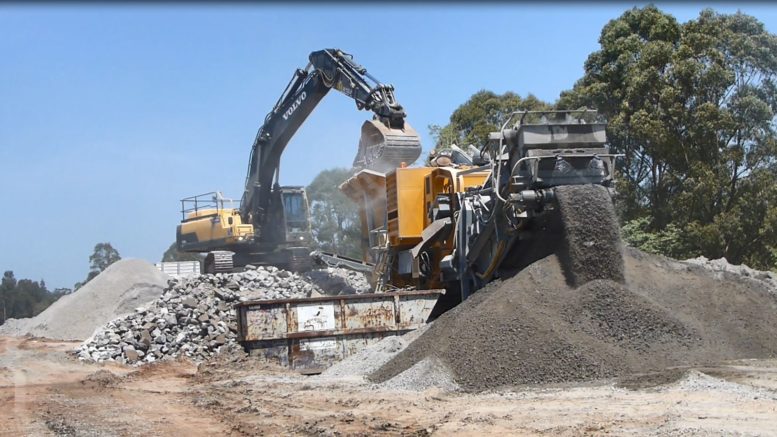 A threshing machine churns the old concrete road on the M1

One of Australia’s biggest concrete recycling projects has helped turn more than 200,000 tonnes of the old cracked surface of the M1 Pacific Motorway between Tuggerah and Doyalson into a brand new road.

The process to recycle the road along this section began with a rubbeliser, which is a threshing machine that churns the old roadway up into football-sized pieces of rubble.

Pieces were then transferred to a mobile crushing plant, where the rubble was refined into gravel and then incorporated into the new road layers.

“Initiatives attached to these projects have also recycled thousands of tonnes of asphalt, concrete, steel and timber.”

The Tuggerah to Doyalson section of the M1 upgrade is nearly completion and is expected to be fully operational by mid-2020.