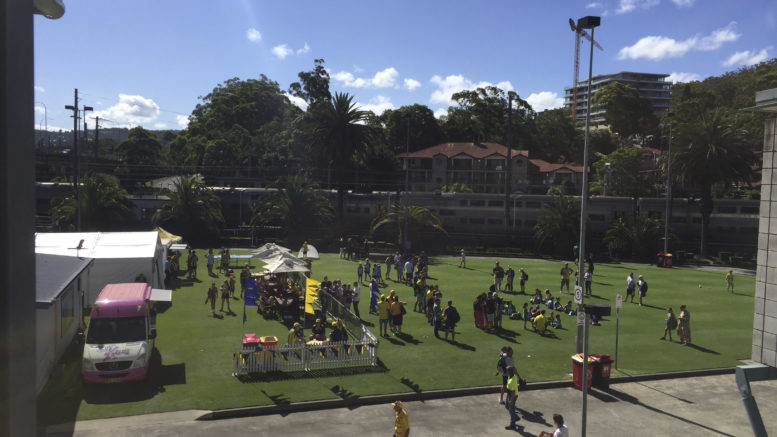 Central Coast councillors will be asked to endorse a multi-storey carpark on the western side of Central Coast Stadium as the preferred option for a solution to Gosford’s parking woes and progress it to the design stage at the next Council meeting on June 9.

The stadium site was chosen as the most suitable of three suggestions for a carpark made in the recent Central Coast Parking Strategy, with the other two sites being at Gosford racecourse and at a site owned by Council in Albany St.

A report to be considered by councillors will ask them to endorse continuing the design progression of the stadium site to tender stage.

The report says a multideck carpark at the site will provide commuter carparking as well as alleviating the current Gosford CBD public carpark shortage.

The site is preferred, the report says because it is directly off the Central Coast Highway and within walking distance of the railway station and CBD and because it had the least technical design complexity out of the three options.

The carpark would be built over five levels, offering 488 car spaces including 24 accessible spaces.

The current concept design includes a commercial function space, office, meeting space, commercial kitchen and roof top event space but if additional funding is not secured prior to going to the market for tender, the report days the design will be modified to remove these ancillary uses.

The report says on game days, the ground floor of the station would be restricted to allow player parking, and player bus movements into the stadium.

Level 1 would be the main pedestrian access into the stadium for patrons utilising the carpark.

Level 3 would house a commercial kitchen, office and meeting spaces if the design is not modified and would predominately be occupied by stadium management.

Level 4 would also have a commercial kitchen and a commercial function space with direct access to corporate boxes.

The rooftop Level 5 would contain a multipurpose event space which could be utilised for differing purposes pending demand as well as 26 car spaces.

The proposal is not a hit with everyone, however, primarily because it is understood it would mean the loss of the open, grassed area currently used by children and their families on game days.

Central Coast Newspapers talked to some rusted-on football families concerned about the potential loss of the popular play space.

“It’s what makes the stadium such a family friendly place to attend games” said one father.

“The kids love being able to run around, or kick a ball around, before, after and even during a game and, for parents, it means we know where they are.”