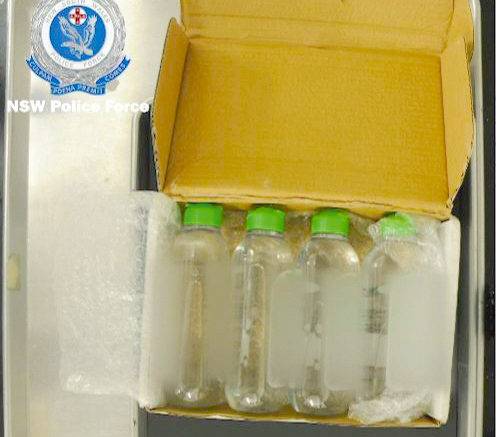 A Point Frederick man has been charged after he allegedly attempted to import a large commercial quantity of methylamphetamine by post.

In May, detectives from the Brisbane Water Police District Drug Unit established Strike Force Bocci to investigate the attempted importation of approximately 1.6kg of methylamphetamine oil contained within cosmetic bottles through a postal service, after a package was intercepted by Australian Border Force officers in Western Australia.

Officers executed a search warrant at the home, where they allegedly located and seized mobile phones, laptops and several unidentified clear liquids – these will be subject to further forensic examination.

He appeared at Newcastle Local Court later that day, where he was formally bail refused to appear at Gosford Local Court at a later date.