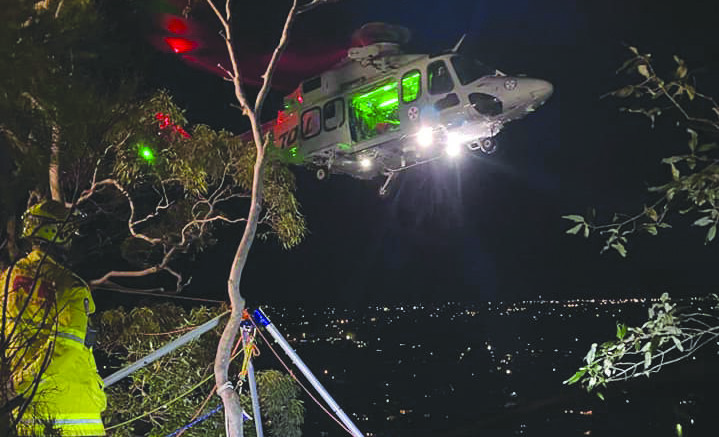 On the evening of Wednesday, 24 June 2020, members of Fire and Rescue New South Wales branches in Umina and Gosford were involved in a helicopter rescue of an injured rock climber at Phegans Bay.

At 4:23 pm, Fire and Rescue Firefighters were called after reports of a man who had fallen and injured himself down a cliff in the bushland around Phegans Bay.

Specialist rescue crews from Gosford Fire Station and members of the Fire and Rescue branch Umina attended the scene and, from above the cliff drop-off, formed a rescue plan involving a stretcher attached to a winch that lifted the man into the helicopter.

The firefighter crews worked with New South Wales Ambulance Paramedics past sunset and successfully evacuated the man by air just after 7:30 pm.