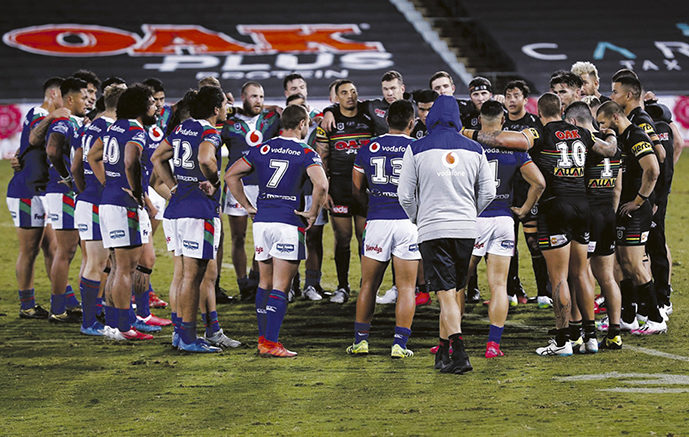 The Coast’s adopted NRL team, the New Zealand Warriors, will be looking for redemption at their upcoming clash at Central Coast Stadium against the North Queensland Cowboys, following their 26-nil defeat at the hands of the Penrith Panthers in Campbelltown last weekend.

The Warriors were riding high off the back of their win over the Dragons, but by half-time thye were trailing the Panthers 16-nil.

Despite solid efforts from Patrick Herbert and Tohu Harris, the Warriors could not make a dent in the scoreline and the Panthers continued to lay on the points in the second half, with Billy Burns delivering the death blow with 16 minutes remaining.

Speaking to media post-match, Warriors Coach, Stephen Kearney, said the Warriors were their own worst enemy, with all five of their opposition’s tries enabled by penalties or errors.

“I just thought we didn’t give ourselves a chance and what the new game is teaching us is that when you miss the jump or lose momentum, it’s hard to claw back.

“I thought Penrith played well, but we certainly didn’t help ourselves.

“In the first half we had six penalties and that just built pressure on ourselves, and then we had nine ball errors, so we just couldn’t put any pressure on the Penrith defensive line.

“We just didn’t give ourselves a good enough chance tonight,” Kearney said.

The result sees the Warriors sitting at one win and three loses for the season and 14th on the ladder.

The Cowboys are in seventh place, with two wins and losses apiece.

With wingers Ken Maumalo and David Fusitu’a both out, the Warriors will need to dig deep to pull a win out of the cowboy hat.

The clash with Cowboys begins at 6pm on Friday (June 12) evening and is part of a three-match blockbuster weekend at the Stadium with the Manly Sea-Eagles playing the Brisbane Broncos on Thursday (June 11) beginning at 7:50pm and the Newcastle Knights playing the Melbourne Storm at on Saturday (June 13) starting at 5:30pm.

The match on Thursday night will be the first NRL match since the Covid-19 restrictions were first imposed to admit spectators.

Confirmed… the Warriors are coming