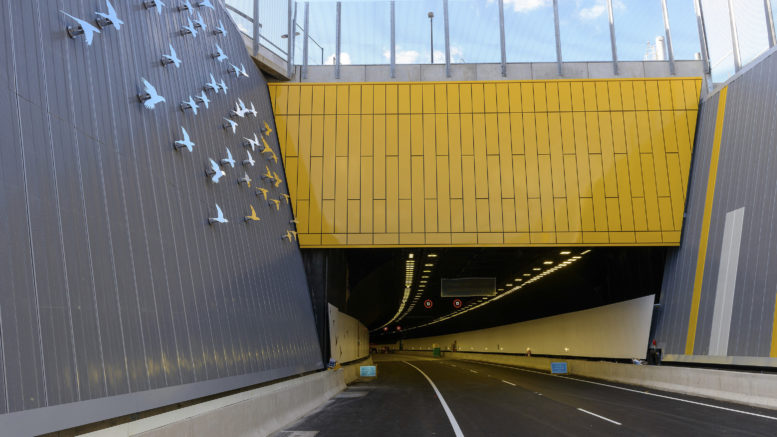 Central Coast commuters who drive to Sydney could shave 15 minutes off their trip by avoiding multiple sets of traffic lights, once NorthConnex opens in a few months’ time, says parliamentary Secretary for the Central Coast, Adam Crouch.

“Transurban is delivering this project and their most recent advice is that NorthConnex will be ready in the third quarter of 2020,” he said.

“Until then, work on Australia’s longest and deepest road tunnels is continuing to provide jobs and significant economic benefits at this difficult time.

“Once completed, NorthConnex can be used by the thousands of Central Coast commuters as an alternative route to the CBD that avoids 40 traffic lights on the Pacific Highway.”

Member of the Legislative Council, Taylor Martin, said NorthConnex was one of four major road projects to transform travel for people in the Central Coast and Hunter regions.

“Before the COVID-19 pandemic more than 70,000 light and heavy vehicles travelled between the Hunter, Central Coast and Sydney each day,” Martin said.

“Already we have seen the northern tip of the M1 Pacific Motorway upgraded at the Weakleys Drive and John Renshaw Drive intersection, as well as an expansion between Kariong and Somersby.

“The 12 kilometre stretch between Tuggerah and Doyalson is also close to completion.

“These upgrades will benefit commuters, holiday traffic and heavy vehicles.”

NorthConnex is the missing link in the national highway route, connecting the M1 at Wahroonga to the Hills M2 Motorway with a nine kilometre, two-lane tunnel.

NorthConnex will have the capacity to carry more than 100,000 vehicles per day with a 5.1 metre tunnel height clearance helping to avoid over height incidents.

NorthConnex will be built wide enough for three lanes but will initially operate with two lanes and a breakdown lane in each direction.

The new toll road has however created some angst among road freight operators.

The Sydney Morning Herald reported back in February that trucks and other heavy vehicles will be fined almost $200 if they try and avoid tolls by using free alternative routes such as Pennant Hills Road.

Rob Woolley, who operates a fleet of bulk tankers, said his drivers normally stop along Pennant Hills Road to rest and avoid fatigue.

“The NorthConnex tunnel will not feature any rest facilities for truckies and, once the tunnel opens, the gap between food [stops] will be the 244km between Wyong twin service stations and Pheasant’s Nest, on the edge of the Southern Highlands.

Pat Doyle, NorthConnex project director, Transport for NSW, however, said that avoiding 40 sets of traffic lights would be a big advantage for truckies.

“Add that to the increased fuel efficiency and reduced wear and tear, 3.5m wide lands and a breakdown lane with 24-hour monitoring, and there are real benefits,” Doyle said.

There are no concessions planned to compensate operators who may be feeling the pinch from the pandemic.