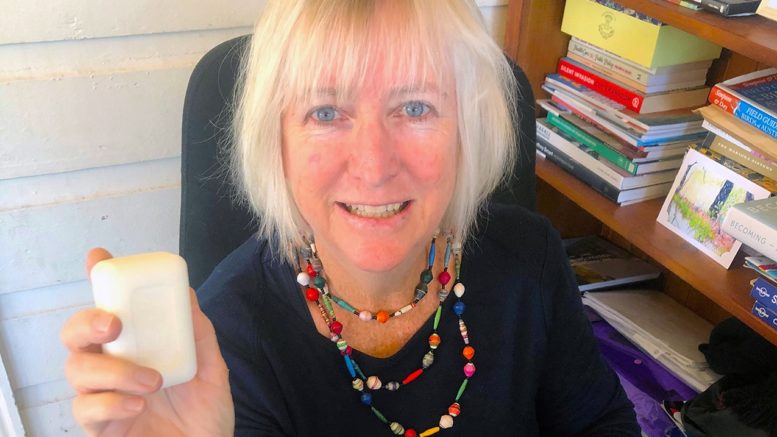 Members of the Operation Soap in Public Toilets Facebook campaign have applauded a decision by Central Coast Council on June 22 to look into reinstalling soap in all public toilets in the region.

A successful motion from Councillor Louise Greenaway called for a report on the matter from the CEO including information on the number of Council-run public toilet/amenities blocks, the reasons for the removal of soap from the public toilet and the cost of reintroducing soap.

The motion also called for the CEO to make enquiries regarding vandal-resistant soap dispensers, brackets or other innovations to help protect soap installations.

The motion follows several weeks of the community Soap In Public Toilets Campaign to see soap installed in public toilets, particularly in view of COVID-19, with around 100 residents leaving bars of soap in amenities blocks all over the region as they called for Council action.

Group member, Stephanie Short, who addressed the issue in a public forum submission which was read to councillors prior to the video meeting, said she was thrilled with the outcome.

“All the people who have been active in the group are really pleased with the unanimous support of councillors,” Short said.

“But the timing is very important.

“I understand Council needs to follow due process and ask for a report but the World Health Organisation is talking about the new normal, which includes continual health precautions, including washing our hands.

“We hate to think there might be a second wave of the pandemic but it would be terrible if Council didn’t do everything it could to keep the community safe.

“I understand concerns relating to vandalism, spillage and slippage but the greatest benefit to the greatest number of people would be to reinstall soap dispensers.”

Short told councillors she applauded the fact soap dispensers are provided in Senior Citizens Centres, libraries and major Council facilities such as the Regional Arts Centre and Peninsula Leisure Centre (where some soap dispensers are broken and not working) but said they needed to be in every Council toilet block.

The motion attracted some debate before being unanimously passed by councillors.

Soap was sometimes used as a projectile and there were issues around hygiene, she said, with not even state of the art, vandal-proof toilet paper containers standing up to vandals.