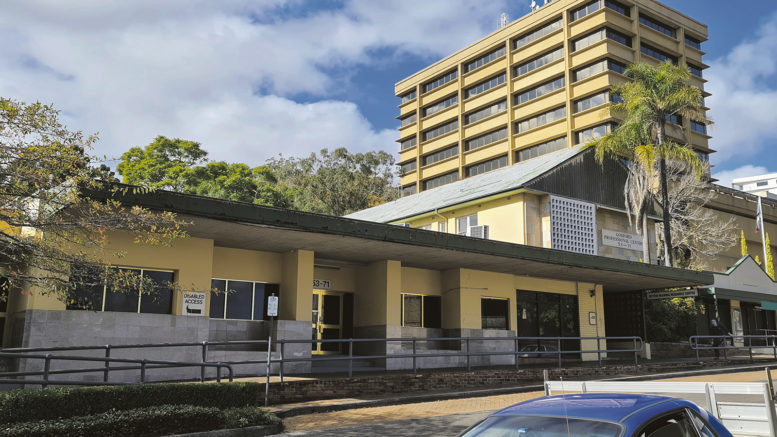 Tenders have been called to demolish the old Broadwater Hotel in Gosford Photo: Justin Stanley

Tenders have been called to demolish the old Broadwater Hotel in Mann St, Gosford, beside the Council chambers.

The future of the site remains unclear although it has been mooted in the past as a possible site for a Regional Performing Arts Centre (RPAC).

Council decided in October, 2019, to shelve plans for a Cultural Precinct in the centre of Gosford which would have housed a library, as well as a performing arts centre, linking walkways and car parking.

At the time Council announced it would push ahead with a Regional Library as a stand-alone project, to be sited on premises it owned at 123 Donnison St, with plans for an RPAC to be considered at a later time.

Deliberations since have been confidential, although the hotel site has been suggested as a possible site in the past.

Coast Community News asked the Council for an update.

“The proposed demolishment of this building will assist with any future planning works that may be associated with this site,” a Council spokesperson said.

The proposed tender includes: the demolition of the existing 1-2 storey brick building; erection of a site fence and hoarding along the perimeter of the site; and turf reinstatement and site remediation works as required.

Proposed demolition is expected to be completed mid-October.