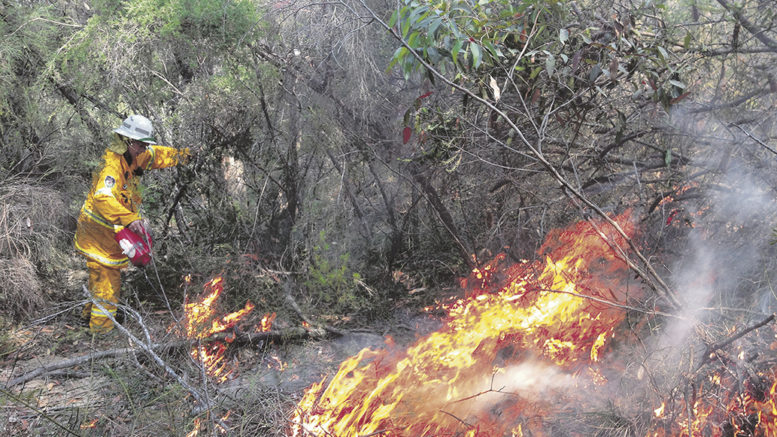 In the wake of major bushfires which threatened the Central Coast and devastated other parts of the state late last year and early this year, the Public Service Association (PSA) is calling for 1000 new permanent firefighters to avoid another “Black Summer”.

The union wants the State Government to end its over reliance on volunteers to fight bushfires and is seeking a mandated minimum level of firefighting-skilled staff.

Representing the professional staff of the Rural Fire Service, as well as park rangers and Forestry Corp staff, the union says the state urgently needs the new staff to begin preparing for future bushfire risks.

“Is it fair to keep relying on a temporary, unpaid workforce to be preparing and responding to these future catastrophes?”

Little said the injection of firefighting-trained staff across the state would help reverse nearly a decade worth of cuts to bushfire firefighting agencies, including the RFS, National Parks and Wildlife Services and Forestry Corp.

“A conservative estimate is this would cost the state $112M, but it would have the added benefit of delivering much needed regional jobs,” he said.

“This Black Summer we saw the consequence of staffing cuts and a lack of investment in our bushfire preparedness.

“The RFS went into a catastrophic bushfire season with a fifth of its permanent roles unfilled, because of budgetary pressures.

“NPWS is responsible for 75% of the state’s hazard reduction, but its firefighting workforce has shrunk by a third in less than a decade.

“Forestry Corp has lost half of its workforce since 2014.

“We need to restore those firefighting workers and make hazard reduction a key part of this organisation’s mission.”

The union is calling on the Federal Government to establish a Central Coordinating Authority for Natural Disasters which would tie funding to a certain level of preparedness by states.

“If the State Government can’t be trusted to invest and maintain a level of bushfire preparedness, then the Commonwealth needs to step in and demand it,” Little said.

“Imagine if NSW was trying to respond to COVID-19 by using volunteers to manage tracing or modelling – it wouldn’t work.

“When the Commonwealth funds health it demands certain measures are put in place by the states – it’s clear the same needs to be done for bushfire preparedness.”

The calls are part of the union’s two extensive submissions into the Royal Commission into National Natural Disaster Arrangements and the NSW Independent Bushfire Inquiry.