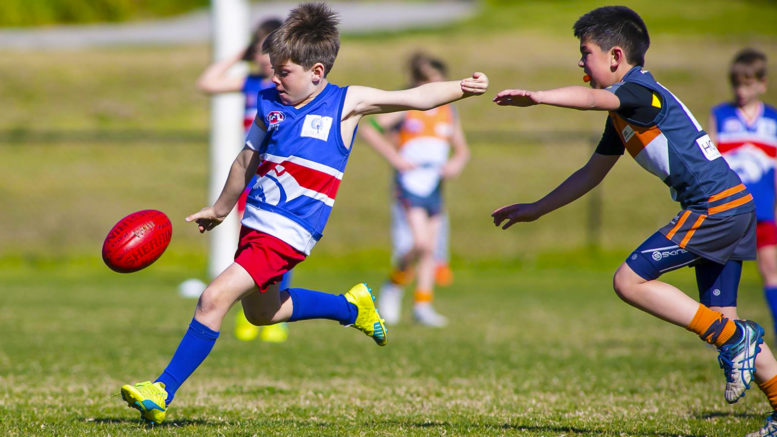 The AFL Hunter Central Coast Junior season will officially kick off over the weekend of July 17-19.

According to Flynn, the Board has been working hard to ensure that players were able to get back on the field this season whilst respecting guidelines from the government around what is and isn’t allowed.

“Sport plays a crucial role in keeping children, families and communities connected, and the AFL at a local, state and national level is committed to its role in the health and wellbeing of communities,” Flynn said.

“COVID-19 has presented many challenges for the 2020 season, but we are up for a challenge and determined to find the opportunity for our players and football family.

“AFL is about more than the scoreboard and we recognise our role in helping our community return to a level of normality following unprecedented disruption,” he added.

Flynn said the 2020 junior season could be extended into October, and the league was currently consulting with clubs about the structure of the season.

The AFL Hunter Central Coast has competitions from U9s to U17s, with youth girls the fastest growing demographic.

The Auskick program will also resume on July 17.

Flynn said clubs were currently working out the best way to manage return to training and play.

“Footy will be a bit different this year, but players want to get back on the field and we will make that happen with some strict rules and regulations in place to protect people’s safety.”

The government has yet to clarify when senior sport will be allowed to resume.

The Coast has nine junior and five senior AFL clubs that partake in the AFL Hunter Central Coast competitions.

The Killarney Vale Bombers have traditionally been strong contenders across the board and according to their Senior Vice President, Peter Harvey, they’ve been doing everything they can to ensure that the juniors and seniors are both competition ready.

“The restart date is very exciting.

“We’ve been following all the return to training guidelines and the kids are over the moon at the prospect of getting back on the paddock,” Peter said.

With the junior return now looming, Peter is hopeful an announcement on the seniors isn’t far off, with a full return enabling not just the Bombers but all local AFL clubs to streamline their planning and preparations for the remainder of the year.

“With no announcement we can’t really plan ahead, but we’re still very excited about the senior competition returning.

“Here on the Coast, AFL is a little different than how it is in Melbourne or even rugby league, in the sense that we don’t pay our players, so the financial impact of COVID-19 will be lessened in that regard.

“That’s not to say that clubs haven’t taken a hit from the pandemic, with restrictions around canteens and the like to have an impact on bottom lines moving forward,” Peter explained.

With a junior competition to plan for and some eager seniors, Peter said it will be business as usual for the Bombers, or as usual as it can be, in the countdown to kick off.

“We’ll continue with training for the juniors and preparations for the seniors.

“We’re also putting the finishing touches on our new education centre, which will hopefully become the centre of our facilities.