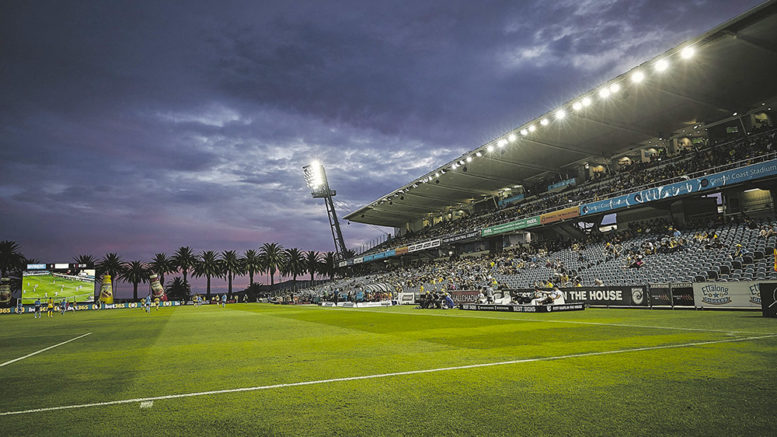 The Central Coast Mariners say they are primed and ready for the return of the Hyundai A-League 2019/20 season, set to resume from July 16.

With that agreement now in place, FFA confirmed that it has several draw options ready to be actioned, with Melbourne Victory and Western United to kick the amended season off.

“We have developed multiple draw options for the completion of the regular season,” FFA’s Head of Leagues, Greg O’Rourke, explained.

“All options commence with Victory taking on Western United at AAMI Park, followed by a game between the table topping Sydney FC against third-placed Wellington Phoenix at Netstrata Jubilee Stadium the following day.

“The reason for having multiple draw options, which our clubs are across, is due to the fact that over the next few weeks there may be additional relaxations in border restrictions and travel movements in Australia, which may enable our clubs from Victoria, Queensland and South Australia to remain and play in their home cities, rather than relocating to NSW to complete the season.

“Regardless of which option we ultimately take, Wellington Phoenix and Perth Glory FC understand that they will complete the remainder of their regular season matches in NSW, with games to be played at Bankwest Stadium in Parramatta, Netstrata Jubilee Stadium in Kogarah, and McDonald Jones Stadium in Newcastle.

“We are confident that we will be able to release the revised draw for the completion of the Hyundai A-League 2019/20 season soon,” he said.

With that, there’s no official date for when the Mariners will be back in action, but a spokesperson for the club said they’d be ready to answer the call.

“All of us at the club are excited about the news of the Hyundai A-League’s return and are looking forward to getting back into football.

“Following medical testing and education sessions early this week, players will return to training later in the week to begin preparations for the restart of the season in July,” the spokesperson said.

“Players have maintained their health and fitness in isolation per government regulations during their time off, and the return to club training will also be in line with league and government protocols to ensure a safe environment.

“The priority of everyone at the club is the health and safety of all participants and the community, as we seek to play our remaining matches of the season,” they added.

Despite those assurances, the spokesperson remained tight lipped about how players really feel about the salary cut confirmed by the FFA during the season extension announcement, nor did they answer questions about what the focus will be moving forward aside from assuring health and safety protocols would be followed.

What is clear, coming off the interim, is that the Mariners will be desperate to turn their season around.

Currently sitting in last place on the ladder, with seven points between them and 10th placed Melbourne Victory, and the wooden spoon calling, COVID-19 has given the Mariners a rare chance for redemption, but whether or not they’ll pull it together remains to be seen.

Regardless though, the FFA is hopeful the Yellow and Navy Army will be right there with them after the Federal Government’s recent ruling on spectators possibly allowing for fans in stands at Central Coast Stadium.

“Prime Minister, Scott Morrison, has announced that stadiums with capacities of 40,000 people or fewer could be permitted to host up to 10,000 people, and we will continue to work closely with the Federal and State Governments, as well as our venues, to consider how we can accommodate as many club members and fans as possible at matches when the competition resumes.

“With our finals series still the best part of two months away, we are keen to keep our options and thinking open regarding how and where that may be held,” O’Rouke said.