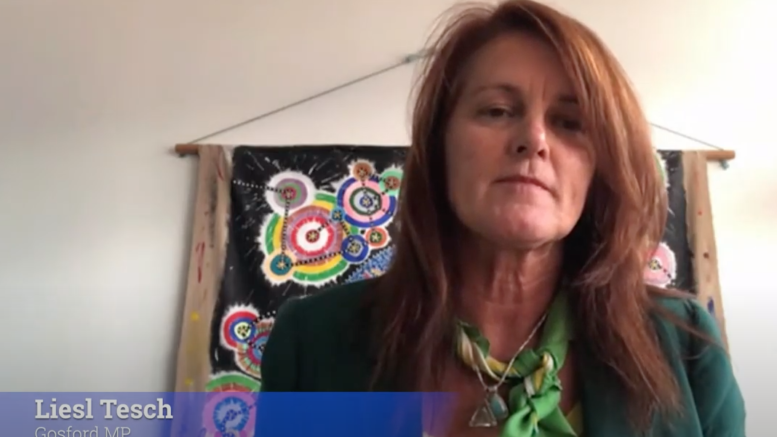 Member for Gosford Liesl Tesch has slammed the new Central Coast Local Planning Panel, saying it is nothing but “a rubber stamp for development”.

Tesch said the panel, which was introduced by the State Government early this year to make planning decision-making more transparent, efficient, and accountable had proven to be just the opposite.

“The (panel’s) first meeting has demonstrated just how removed the community has become from planning decisions,” Tesch said.

“This initiative is about making it harder for people to have their say in matters affecting their community.

“The government has spruiked the panel as being transparent, efficient and accountable but it has revealed itself to be the opposite – costing more time, money and resources for Central Coast Council.

“For just the 40-minute-long first meeting $5,500 was paid in fees to panel members and they didn’t even announce their decision on the two items – telling the community that it will be published later.”

“Central Coast Council staff are required to facilitate the Local Planning Panel, costing ratepayers an estimated $300,000 extra per year – with around $110,000 of this in fees to panel members alone,” she said.

“The panel has been put in charge of making decisions that will affect our community, yet only a sole community member is actually a local, with the Chair and the nominated expert panel members not coming from the Central Coast.

“Despite assurances that this panel would be accountable and transparent, there is no option to contact the members directly, unlike Council staff and councillors, making it more difficult for the community to petition for or against developments or have their voice heard.

“When local decisions are made by those who don’t live in or understand our area and aren’t accountable to the community for decisions they make, we all lose out.”

But Parliamentary Secretary for the Central Coast Adam Crouch said the panel removes politics from the local planning system and allows independent experts to get on with the job of making merit-based determinations.

“This all occurs within the strategic parameters set by Council,” he said.

“All Local Planning Panels, including ours on the Central Coast, must consider community feedback, publish the reasons for decision-making, and demonstrate how community views were accounted for.

“I have absolute confidence that the Chair, Donna Rygate, has expertise and experience to ensure the correct processes are followed, including consideration of community feedback.