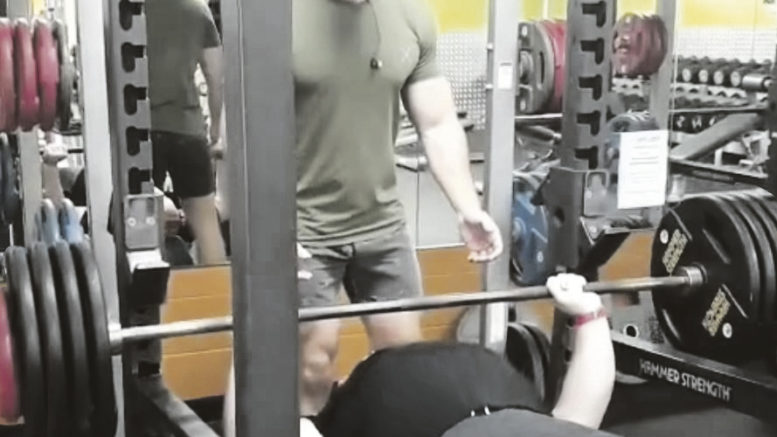 Gyms, indoor pools, yoga and dance studios have all been given the greenlight to reopen across the state as new cases of coronavirus continue to plummet.

From June 13, all of the above, along with community centres, tattoo parlours and massage parlours will be allowed to open their doors for the first time since March, but caps on the number of people who can be in a venue at any given time will still apply.

For indoor venues, the cap is 100 people, with classes limited to 10 participants per session.

Caps will also apply to facilities at venues such as saunas and pools.

Tattoo and massage parlours also have to operate under a 10 client cap.

The government’s four square metre rule will need to be reinforced at all reopened venues, as will strict cleaning, sanitising and hygiene measures.

NSW Deputy Premier, John Barilaro, made the announcement on June 2, acknowledging the demand for these facilities from the public.

“We all know that physical fitness is important and that’s why it’s timely that we’ve made this announcement,” Barilaro said.

Joining him was Health Minister, Brad Hazzard, who said all businesses will need to do things a little differently than they did pre-COVID-19 to keep the community safe.

It comes after mounting pressure to commit to a restart date as well as criticism from the fitness industry over its exclusion from the second wave of eased restrictions that came into effect on June 1.

There are dozens of gyms, studios, recreational facilities and businesses operating within the LGA set to benefit from these changes.

Cameron Stow-Smith is the owner of F45 Gosford, one of six F45 gyms on the Coast, all of which have been hit hard by Covid-19.

After three months of uncertainty, Cameron said he understood the industry’s frustration at not being included in phase one of easing restrictions but sympathised with the State Government.

“Obviously there’s no perfect solution for the government, but it was very confusing being told you couldn’t reopen because your business is a high transmission risk when places like cafes and restaurants were allowed to.

“Restaurants and cafes don’t have anywhere near the same level as contact tracing or sanitation that gyms do so it was a bit bewildering,” Cameron said.

The 10 person cap on class sizes was also sore point but Cameron said his gym would make do for now.

“Our classes usually cater to 36 people at a time and coming off the back of online classes we’re hoping this restriction will be short-lived.”

“We surveyed our clients on how they felt about coming back to the studio to train and the response was overwhelmingly that they were excited to be getting back into their fitness and missed the studio experience,” Cameron explained.

With reopening less than a fortnight away, the focus is now on getting the studio ready.

“I’m getting the team back together and we’re putting measures in place to mitigate any risk of the virus spreading here,” Cameron said.

Jessie Byrne is the Founder of JB Dance, a dance academy with headquarters at Tuggerah and Long Jetty.

Teaching everything from tap and ballet to contemporary and hip hop, JB Dance also holds classes at 15 community venues around the Coast, from Toukley to Umina, as well as in Swansea.

When restrictions came into effect Jessie and her team also turned to online classes and while she and her staff were thankful to still be working, the prospect of restarting face to face classes had them doing a happy dance.

“We were fortunate to be able to continue with online classes as there were quite a few sports and businesses that didn’t have that luxury.

“The kids adjusted to them really well and enjoyed logging on to see their friends and teacher, but the novelty has definitely worn off,” Jessie said.

With June 15 the big day for JB Dance’s triumphant return, Jessie said the government’s failure to include businesses like hers in phase one of easing restrictions was now far from her mind.

“At the time it was disheartening not to be included in phase one, but we recognise that the health of the community and beating this horrible virus had to take priority,” Jessie said.