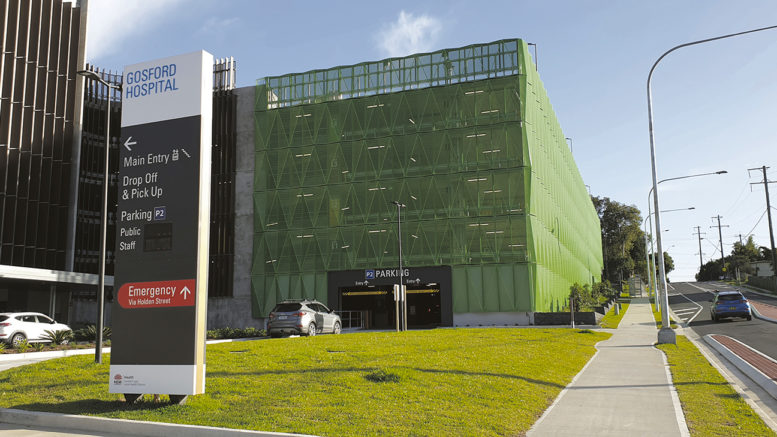 The State Government has hit back at Opposition claims that “savage cuts” to emergency departments have seen patients across the region waiting longer than the rest of NSW when presenting to hospital.

In recent weeks, Shadow Minister for the Central Coast, David Harris has said the latest Bureau of Health Information report showed that in the January to March quarter, Central Coast patients were waiting 3 hours and 22 minutes in the emergency department – over half an hour longer than the state-wide median.

“Gosford Hospital was the worst with one in ten patients waiting almost eight hours in emergency,” Harris said.

“Once again, the Central Coast is being left behind.

“It is appalling an area so close to Sydney has one of the worst waiting times in emergency across the state.”

He said the figures represent the enormous strain on the NSW public health system even before the worst of the COVID-19 pandemic hit and elective surgeries were suspended.

“On the Central Coast, median wait times for non-urgent elective surgeries are now 309 days, with one in 10 patients waiting almost a year (352 days).

“If hospitals on the Central Coast were already under such enormous strain before the pandemic, how can we catch up without drastic investment from this Government?”

“These figures are damning but what is most concerning is they represent the situation before the COVID-19 pandemic,” Park said.

“It shouldn’t matter where you live in Australia, people should be able to get the medical attention they need in a timely fashion.”

But Parliamentary Secretary for the Central Coast, Adam Crouch, said Central Coast Local Health District was receiving a record budget of $873M in 2019-20 – a 3.8% increase on the previous year.

“The NSW Government is also providing an extra $388M across the State to ramp up elective surgeries, particularly for patients who have had surgeries delayed due to COVID-19,” Crouch said.

“We are working to make sure Central Coast patients can have their elective surgeries fast-tracked, including having public patients treated in private hospitals.”

Central Coast Local Health District Chief Executive, Dr Andrew Montague, said activity levels in the first quarter of 2020 were consistent when compared to the same quarter in 2019, according to the report.

“Gosford Hospital saw 19,039 patients attend ED between January and March 2020, a slight increase of 18 patients when compared to the same quarter last year.

Montague said a 49.6% spike in non-urgent presentations at Gosford Hospital was consistent with the experience of the majority of the state’s hospitals, with a 27% rise state-wide.

“This is due to the emerging COVID-19 situation at this time and the increased amount of people presenting to emergency departments for COVID-19 testing prior to specialised COVID-19 clinics being established,” he said.

Montague said a decision by the National Cabinet to pause non-urgent surgeries across the country had impacted on the number of patients on the waiting list.

“However, CCLHD’s elective surgery performance remained strong, with 100 per cent of 416 urgent surgeries performed on time at Gosford and Wyong Hospitals,” he said.

Montague said NSW Health would host a roundtable with public and private health sectors and clinicians within the next month to determine if there are any additional measures the health system could employ to ensure elective surgeries and any other procedures occur as quickly and appropriately as possible.

“Surgery lists are being closely monitored, and any patient whose condition changes or deteriorates should speak to their treating clinician,” he said.

Montague said the Government had committed $800M in extra funding over two years on top of the 2019-20 Health Budget of $26.7B to help boost ICU capacity and purchase additional services and medical equipment, to help respond to COVID-19.