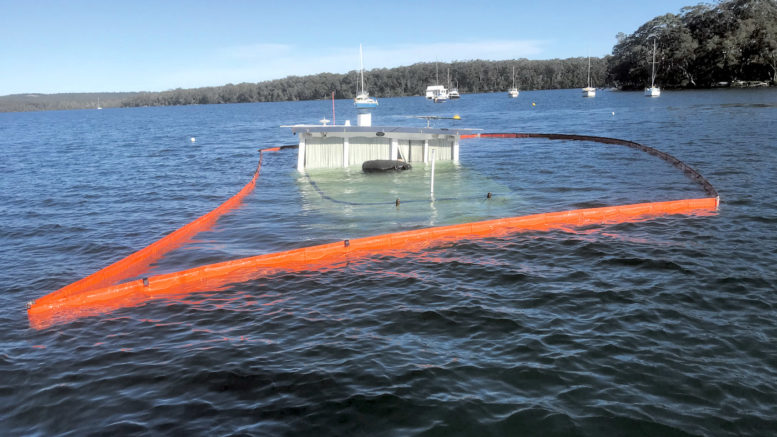 The former Stockton commuter ferry remains where it sank on its mooring at Gwandalan Bay.

The privately owned 18m former Stockton commuter ferry remains where it sank on its mooring at Gwandalan Bay.

The vessel is being monitored by NSW Maritime and salvage plans are underway to remove it.

NSW Maritime issued a clean-up notice to the owner, requiring the removal of the boat and all associated equipment from the water at the owner’s cost, under NSW legislation.

Acting Executive Director of NSW Maritime, Alex Barrell, said fines of up to $7,500 could be issued for polluting the State’s waterways under NSW pollution laws.

Fire and Rescue NSW crews were called on Thursday, June 11, and spent most of the day containing a fuel spill from the boat.

Booms were laid around the boat to contain the 100 litres of fuel leaking from the vessel.

Barrell said NSW Maritime’s Investigations Unit would lead an investigation into the incident.