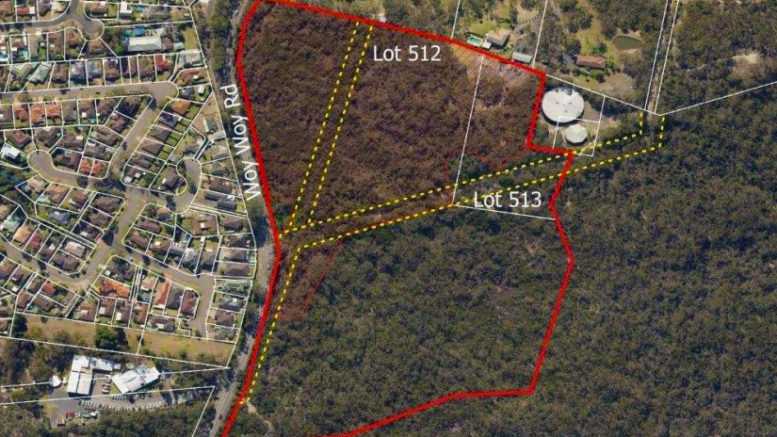 The site of the proposed development at Kariong.

I have been informed of a proposed 70 lot subdivision in the area of Bambara Rd, Kariong.

In 1989 the Strom’s reported in a local environmental paper on a proposal to rezone land on Bambara Rd to enable 40+ one-hectare lots to be created.

“The ‘settlement’ will be surrounded by BWNP and vulnerable to bush fires,” to quote the paper.

There were also other valid reasons to refuse and object to the rezoning.

I have sent a letter to Gosford MP, Liesl Tesch, describing how the conditions in 2020 are far worse than in 1989.

Residents and business owners should be concerned about this development, in the area from Bunnings West Gosford to and including Woy Woy Bay.

Referral to a good map to identify water courses and water flow, from the new ‘settlement’, should trigger reaction.

After the disastrous fire season of 1994 when Kariong was evacuated, I visualised future fire seasons of less intensity, but this year was the worst on record, with experienced fire fighters now warning of even greater risks in the future.

The Strom ‘s finishing words were an observation that suggests planning hasn’t progressed since 1989: “We hope you will comment on the tragic lack of appreciation for the best land use … national park: A study of a good map will identify a watercourse, starting in the area of the proposed development finishing in the residential dwellings of Tascott, the floodplain foreshore and estuary.

Don’t complain that you have not been advised.

Erudition did not finish with Strom, but unfortunately the learned do not have power over planning.

22 parcels of land to be reclassified