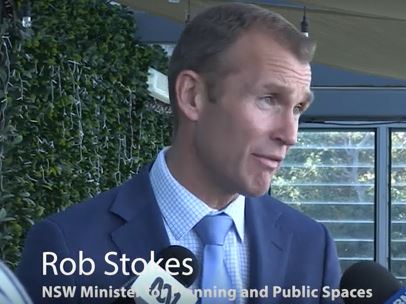 [Forum] Your various excellent publications in May have contained several references to changes in the planning regime governing developments on the Central Coast.

I am concerned that the voice of the people most closely affected by developments are becoming less likely to be heard.

Democracy is under threat.

Decisions directly affecting our lives are to be made behind closed doors by a “selected” few, unaccountable to the local community.

The following example of state government decision making continues to demonstrate the way the state can override both local interest and indeed national interests.

On April 22, Transport for NSW released its Annual Compliance Report on the rail maintenance facility at Kangy Angy.

The report revealed that Transport for NSW had sought and had been granted a further 12 months to fulfil its obligation to provide “biodiversity offsets” for the detrimental effects that the project was having in clearing 19ha of habitat of nationally threatened bird species – the Swift Parrot and Regent Honeyeater.

The project has also been given approval to look beyond the Central Coast for suitable offset sites and is now looking in the Hunter.

Meanwhile, sightings of the birds have diminished on the Central Coast.

The project’s report proclaims that it is “compliant” in meeting its approval conditions issued in 2017, yet the Department of Planning had not audited the project nor required the production of any documents demonstrating compliance in the past 12 months.

The project admits it has only met 13 percent of its offset obligations.

How long must the birds, frogs, platypuses, plants, etc, wait for a new home and will they be able to find it?

We citizens can do nothing about such matters if we cannot hold the decision makers accountable through the ballot box.

Distant bureaucrats and appointed panel members are not even remotely accountable to Central Coast voters.

Of course, we want development on the Central Coast, but we locals want a say in where it occurs, how it occurs and how the conditions of approval are determined and monitored.

LPP to decide on modification request for sixth floor penthouse

Easy to call for local democracy, harder to to make happen