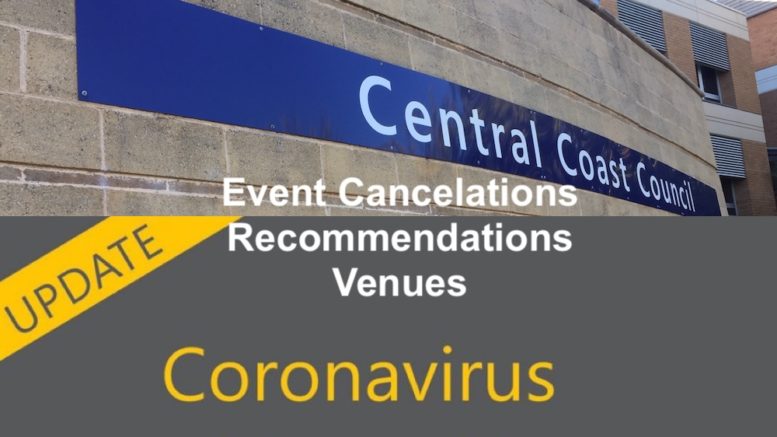 Central Coast Council has engaged a consultant to support the organisation around financial planning and financial recovery following the impacts of the coronavirus.

Council said that no one could predict the end of this crisis and it was “very difficult to accurately forecast the full financial impact”.

Council also forecast that capital developer contributions would reduce in the remainder of 2019-20 financial year.

These losses were partially offset by some cost savings due to closure of facilities and reduced service provision.

At the May 25 meeting of Council, Cr Greg Best wanted a strategic planning workshop to discuss the impacts of the pandemic on the Coast and to explore all funding opportunities that had been announced.

But Deputy Mayor, Jane Smith, said that there were already a number of workshops coming up, and that councillors already had an opportunity on the previous Thursday, May 21, to speak to consultants at a meeting.

She said that not all councillors had made the meeting and while their concerns were valid, what was missing was their attendance at these workshops.

He encouraged both Cr Best and Cr Troy Marquart to come to the meetings and participate in what Council was trying to do.

“The point is that we need a demand driven response,” he said.

“Slash and burn won’t work for anyone but will only create havoc and misery, we need to look at how we expand our delivery.”

Council decided to adopt Cr Smith’s amendment which was to note the number of workshops coming up on the draft operational plan and budget, and with the consultants on the recovery plan.

She said it would be great if all councillors could actually attend these workshops.

The next meeting was due the following Thursday, May 28.

The Chronicle asked council for an update on the latest meeting with the consultants, but no details were forthcoming, only a one sentence answer that confirmed that a consultant had been engaged.

Many parents too concerned to have children COVID tested