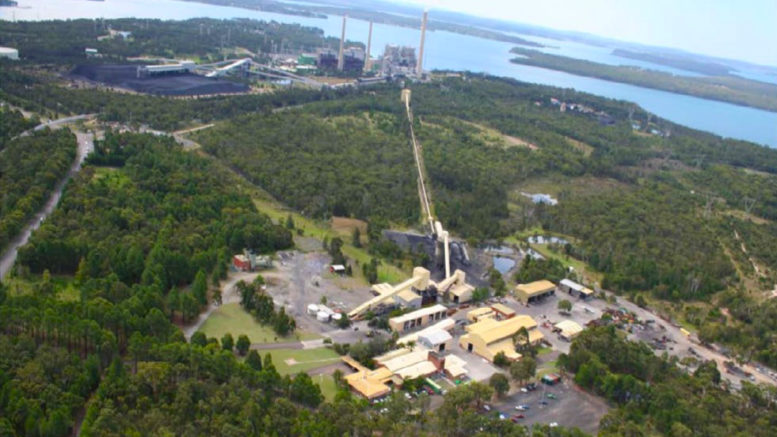 Proposed changes at Chain Valley Colliery, Mannering Colliery and Vales Point Power Station have been fast tracked by the NSW Government to inject $65M into the economy and boost employment by 170 jobs.

It is one of 19 projects nominated in the third round of the NSW Planning System Acceleration Program to fast track planning assessments for shovel ready projects.

These will be assessed and approval to go ahead, or not, will be determined by Friday, July 17.

“The NSW government is continuing to pivot from COVID-19 response to recovery, and fast tracking planning assessments for shovel ready projects is one of the ways we are doing this,” he said.

It would be transported via the existing underground linkage to the MC pit top where it would be crushed, screened and moved via the overland conveyor to Vales Point Power Station.

Delta Coal predicts that putting more coal through the underground link would result in a reduction in the number of trucks travelling above ground on private roads.

The proposal also seeks to extend the approved period of mining operation at MC to December 31, 2027, to be in line with CVC.

Approval is also being sought for the herringbone pillar mining method in its mine design for use within an approved mining area.

Delta Coal considers that the proposed modifications are necessary to improve the operational efficiency of the collieries, improve resource recovery rates and provide certainty of supply for future power generation at Vales Point, which generates more than 10 percent of the state’s electricity.

The Department publicly exhibited the modifications in 2019 and advice was received from nine government agencies, including Lake Macquarie and Central Coast councils, none of which raised objections.

In total, 32 community and special interest group submissions were received, with seven objecting to the modifications, with the key issues being operational noise, air quality and subsidence.

The assessment report states that the proposed modifications would generate a range of social and economic benefits including the continued employment of the CVC and MC workforce, improved energy security in NSW by contributing 50 percent of coal supply to Vales Point until 2027, additional capital expenditure of about $65M and the provision of $74M in royalties to the NSW Government.