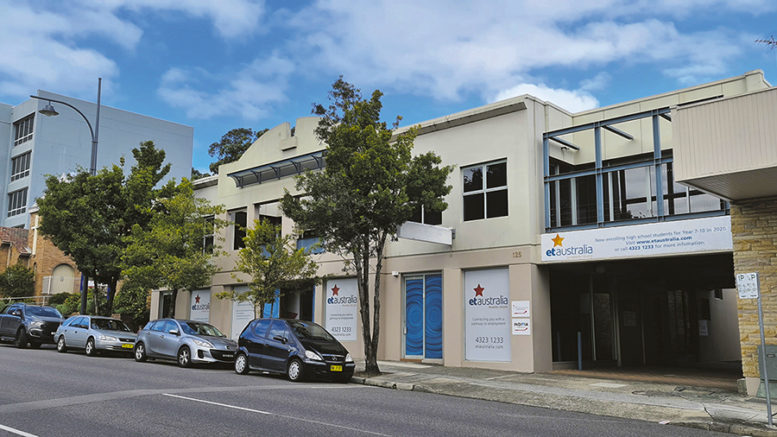 Submissions are now open for a plan to relocate and expand ET Australia Secondary College to two locations in the Gosford CBD to make way for a regional library planned for its current site at 123 Donnison St, which is set to be demolished early next year.

The application is being processed by the NSW Planning Department as a State Significant development.

ET Australia Secondary College opened in 2013 and is in its 8th year of operation on the Coast as a Year 7 to Year 10 independent special assistance high school, offering students an opportunity to make a fresh start in an independent Secondary College which is different to traditional schools.

Most students have social and emotional difficulties and have experienced problems at other schools.

The proposal would see these Year 7-10 students relocated to a rented site in the Imperial Centre.

The college would expand its operation to cater for Year 11 and 12 students, who would be housed on the refurbished upper level of a nearby building, at 125 Donnison St, which already contains ET Australia’s Adult Training College on its lower level.

The current tenant on the upper floor is set to vacate in August, after which time refurbishments of the building would commence.

The $2.8M project is expected to generate 26 full time construction jobs and an additional 14 full time employees upon completion of the development as it expands its staff to cater for increasing enrolments and the addition of Year 11 and 12 students.

In an Environmental Impact Statement accompanying the application, ET Australia says in delivering extra space across two sites it hopes that improved educational spaces will provide an improved learning experience for all students.

After school extension classes in English and Science, as well as literacy and numeracy tutoring would be conducted from 2:30-3:30pm from Monday-Thursday.

Submissions will be accepted until July 8 on the Planning Department’s Major Projects website.