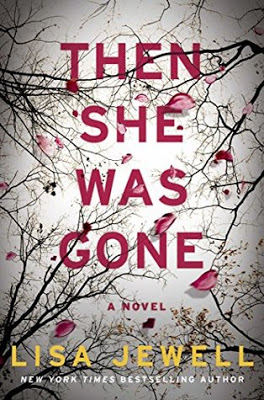 She had her whole life ahead of her.

She was smart, pretty, popular, and had a fantastic boyfriend, Theo.

She was her mum’s, Laurel’s, youngest and her favourite … and her siblings Jake and Hanna knew it.

Ellie wanted to ace her maths exam and begged her mum for a tutor.

She headed to the library one day to study.

And then, in the blink of an eye … she was gone

Then She Was Gone is a story is told in three parts.

In the first part, we meet Ellie.

We also meet Noelle, a bit odd, but to Ellie all adults are a little odd.

This puts Ellie off and she has her Mum fire Noelle.

It turns out Noelle has baggage – loads of it.

She is from Ireland, estranged from her family and smart, although she has never parlayed those smarts into a lucrative career.

She studies to be a teacher but realises she won’t be able to cut it so she starts to tutor instead.

She purchases a book, ‘Bad at Maths’ written by Floyd Dunn and becomes obsessed with the author.

When she meets Floyd Dunn at a book signing, they realise that they live near each other.

Noelle proceeds to stalk Floyd and after a few “coincidental” meetings they strike up a relationship.

In the second part of the book, the focus shifts to Ellie’s mum, Laurel.

It is ten years later, and Laurel has never given up hope of finding her daughter.

But grief is slowly destroying her.

She is now divorced from her husband Jake and has drifted apart from her other children.

When a charming and charismatic stranger (Floyd Dunn) walks into a café, Laurel is swept off her feet.

I guess you can begin to see where this is heading.

Laurel begins to stay over, and then she meets poppy, Floyd’s nine year old daughter – pretty, precocious and … the splitting image of Ellie when she was that age.

When Laurel discovers an odd connection between Poppy’s mother and Ellie things begin to unravel.

Then She Was Gone is a psychological thriller with a heavy plot told in fast-paced narration, coming in short punchy chapters.

The writing is complex – it toggles between many points of view (not so unusual), with each storyteller conveying their own version of events – but it also alternates between first and third person (which is a little jarring).

It builds tension but it makes it difficult to read at times.

It is a dark and unsettling story – at one point I wasn’t sure if I was going to keep going.

But I did, and the ending was very neat and tidy, albeit a little bit predictable.

Unfortunately, I have to say this book wasn’t for me.

Not only was it predictable, but there were no particularly riveting twists, no big defining moments and, while the characters are reasonable believable, there is something not quite convincing about many of them.

In her defence, Lisa Jewell is a New York Times bestseller and Then She was Gone was nominated for the best Mystery and Thriller novel at the Goodreads’s yearly choice awards, so perhaps you should judge this one for yourself.