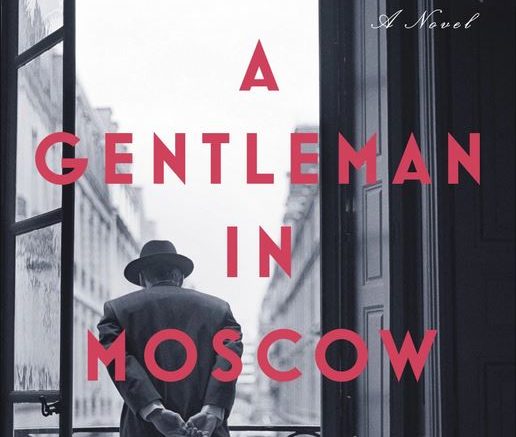 Count Alexander Ilyich Rostov, a recipient of the Order of Saint Andrew, has been sentenced to spend the rest of his days in house arrest at the Metropol Hotel in Moscow.

His crime was writing a poem in 1913 that the government considered “a call to action”.

Nobility has no place in Communist Russia.

Before his sentence he had a deluxe suite on the third floor but he has been banished to a small room on the sixth floor and most of his possessions have been confiscated.

The Metropol was the epitome of luxury since it opened in 1905 and was a “gathering spot for the glamorous, influential, and erudite,” boasting a florist, news-stand, cloak room, two restaurants and a bar.

After the count tries to order San Lorenzo Barolo 1912 to accompany his osso buco he discovers that he is only able to order wine by the colour, white or red.

It turns out a complaint was filed with the Commissar of Food, “claiming that the existence of our wine list runs counter to the ideals of the revolution”.

Thus, all the labels were removed, and all the wines were charged at the same price.

And so we have a charming, well-mannered, insightful, educated Count juxtaposed with a Russia that no longer recognises the aristocracy.

How does Rostov navigate this changing tide stuck in a hotel?

Luckily there are an array of characters to help the Count pass the days.

Nina is a young girl whose father is posted in Moscow on state business is staying at the hotel.

She and the Count form a friendship.

She asks the Count for guidance on how to be a princess.

Nina gets access to a pass-key which allows entry to all the hotel doors and she gifts this to the Count for Christmas.

Mishka, a poet and old friend of the Count visits and exclaims his excitement about the changes happening in Russia.

He thinks it will be beneficial for poets … mmmm.

The Count meets Anna Urbanova, a famous actress who has come to stay at the hotel.

They get off to a rocky start but end up forming a close relationship that will last through the years and the challenges of a changing Russia.

To help pass time the Count gets a job as a waiter at the Boyarksy restaurant in the hotel.

His impeccable manners have him promoted to Headwaiter and he befriends the matre d’, Andrey and the head chef, Emile.

Together, a “Triumvirate which met each day at 2:15 to decide the fate of the restaurant’s staff, its customers, its chickens and tomatoes.”

I feel my summary is not doing this book justice.

All I can really say is that the story is wonderful and the writing is amazing!

I actually read this book a few years ago and picked it up again and it was as much of a joy to read the second time.

The Count has such wisdom and a way of phrasing that you wish he were a friend that you could join at the bar to share an after-dinner snifter of brandy.

Thank you Amor Towles for a delightful story!