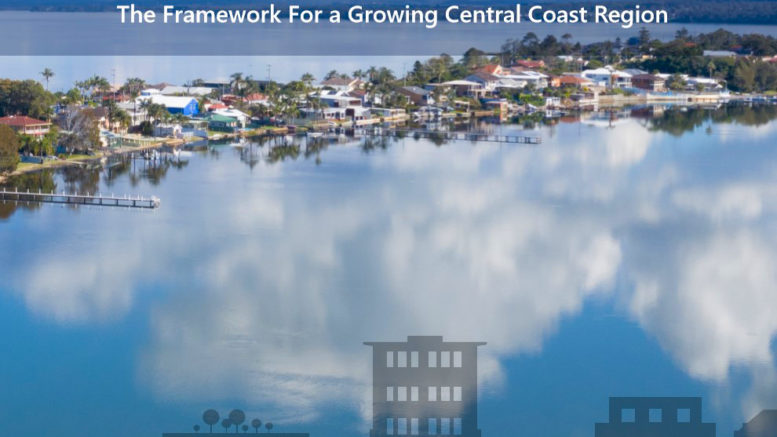 As a result of multiple planning issues facing the region, community representatives from each ward within the Council have come together to form the Central Coast Community Better Planning Group (CCCBPG).

Their aim is to advocate to all levels of government to improve planning outcomes and achieve more environmentally sustainable, ecologically sound and liveable environments for communities.

“We would like to see all levels of government and planning panels allow greater community involvement,” he said.

The group lodged a 33-page submission to the Local Strategic Planning Statement (LSPS) after going over it with a fine tooth comb, and raised 81 specific points covering the wards of Budgewoi, The Entrance, Wyong, Gosford East and Gosford West.

The LSPS is a 20-year planning vision, including land use, infrastructure and sustainability objectives to demonstrate how the Central Coast will change to meet the community’s needs over the next 20 years.

Council will consider the LSPS at an Extraordinary Meeting on Monday, June 29, in order to meet the deadline for delivery to the State Government on July 1.

“This is a very important document,” Chestnut said.

“What’s really concerning is that the Department of Planning is going to rely upon the LSPS to prepare the next version of the regional plan, which is due for review in 2021.

Chestnut said the group made inquiries at the department and received written confirmation from the Executive Director of the Office of Planning, Industry and Environment, that “the Central Coast Regional Plan of 2036 is due for renewal in 2021 and will be informed by Council’s LSPS”.

He said that there were many things that needed more consideration, adjustment or amendment to reflect the community’s expectations and wishes, and information such as maps and profiles in the LSPS needed to be less confusing and to better reflect what is actually planned.

The CCCBPG submission identified 12 significant observations about information provided in the plan which resulted in 23 different comments.

The submission says that the draft LSPS is not a true reflection of the future planning direction as desired by the community, because CCCBPG believes that in writing the LSPS, Council relied upon community feedback about the Urban Spatial Plan, which only drew comment from 0.026 percent of the population.

“The question arises, what does the other 99.974 percent of the Coast’s population regard as local planning challenges and opportunities?

“Therefore, we believe the current draft LSPS has been prepared from the top down, rather than from the ground up.

“The document itself looks really nice, it’s got some great photographs, but when you start reading the text, it’s actually full of a lot of jargon, so for the average person to read, it’s fairly confusing and you don’t really know what it’s leading to.

“The maps are very confusing and just one example is that there are areas identified as urban areas west of the M1 motorway at Tuggerah and Warnervale, so when the State Government looks at that and the next regional plan comes out, those areas could very well be identified as urban growth areas and that’s not what people think an urban area is.

“One of our objectives is to protect the agricultural land and water catchments by ensuring no urbanisation west of the M1 motorway.

“Another example of confusing maps is that the LSPS doesn’t take into consideration the location of national parks or conservation areas around the Lake Munmorah area, which has one of the highest population growths, so in reality, population growth might only occur in the quiet residential areas, so where is the growth going to happen?

“This plan doesn’t tell us.”

Chestnut said the CCCBPG objectives and actions would ensure that population growth was sustainable and that it enriched quality of life, not diminished it, while protecting the residential amenity of neighbourhoods by encouraging consideration of noise, traffic and other nuisances which could impact upon people’s quiet enjoyment of their homes.

“We’ll be encouraging developments to address infrastructure, transport links, parking, local character and cultural issues, and that they all are inclusive and accessible to all people, regardless of their age or ability.”

“Also, we’ll advocate that climate change be taken into consideration in all planning matters.”

He said the group would work with First Nations people to protect traditional heritage.

CCCBPG has also lodged a submission to the draft Biodiversity Strategy, which was not adopted by Council at the June 22 meeting and instead, will be further considered and reported back to Council in September.

Why does Council seem to only meet with UDIA on planning?