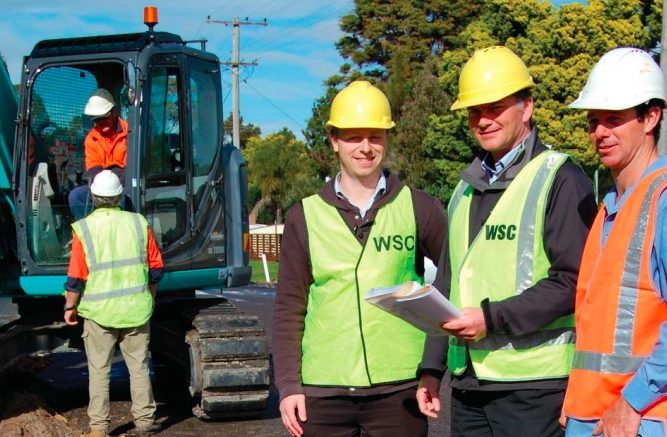 It’s bad luck if you are planning to build a two-bedroom granny flat in the former Wyong local government area as Central Coast Council has just doubled the development contributions.

At its April 27 meeting, Council adopted a series of amendments to the former Wyong Contributions Plans.

Budgewoi Ward community representative on the newly formed Local Planning Panel, David Kitson, said that it was clear that Council hadn’t been given a considered rationale for this action by management and/or staff.

“The fact is that when the former Gosford Council waived contributions for granny flats in 2012, the former Wyong Council followed suit and did the same for a short period.

“However, after a review, it decided that a granny flat, because of the size being restricted to 60sqm, was equivalent to a third (adjusted to 35 percent) of a standard dwelling/ subdivided lot.

“This is actually very similar to the way contributions are charged under the Gosford plan, where a granny flat falls into the category of a small dwelling and is charged between 40 and 50 percent of a large dwelling/ subdivided lot, depending on the plan.”

Kitson said that recent amendments to the Wyong plans increased the contributions from 35 percent of a standard dwelling/ subdivided lot to 73 percent, which applies to a two-bedroom unit.

“Unfortunately, staff and management, four layers of staff and management according to the report to Council, were either oblivious or did not acknowledge that the 73 percent apportionment for a two-bedroom unit is based on an assessment of occupancy rates/ demand that are at least 25 years old and have been in need of review for a long time,” he said.

“To add insult to injury, Council also adopted the same amendment to the Wyong shire wide Infrastructure Plan, of which there is no equivalent plan or contributions for development in the former Gosford local government area.

“While the net contribution is only a small amount, again, it is inappropriate in the absence of a more thorough consideration of an across the board review.”

Kitson said that four years on since amalgamation, unfortunately, the total reforms are rescinding the former Gosford Council resolution waiving contributions for granny flats, which Council resolved on August 26, 2019.

“For some reason, management did not act on this resolution and made the same recommendation to Council again in the report to the meeting of April 27, 2020,” Kitson said.

“One wonders how much in contributions was forfeited in this eight month period due to management not following Council’s original resolution.”

Again, four years on since amalgamation, all we have is the adoption of a new levy plan on April 27, 2020, that is essentially an extension of the existing Wyong Levy Plan adopted in 2011, to include development in the former Gosford local government area.

“The levy plan requires a contribution of one percent of the development cost for industrial and commercial developments that are valued at more than $100,000,” Kitson said.

“The contribution under the new levy plan also applies to unit development and granny flats in the former Gosford local government area where there is no standard (S7.11) contributions plan.

“So, if a granny flat is proposed in Forresters Beach (former Gosford LGA) and it is less than $100,000, no problem, no contribution.

“The problem is that a fair part of the contribution in the Bateau Bay example is based on the standard provision rates per person for open space embellishment and community facilities.

“The conclusion thus is that the people of Forresters Beach use open space less than those in Bateau Bay, obviously a ridiculous notion.

“It has taken Council staff and management two years to develop this levy plan, notwithstanding, that all that had to be done was to expand the Wyong levy plan to include the former Gosford LGA and increase the works schedule to include additional works.

“The levy of one percent in mandated by ministerial direction and there is no requirement to justify the contribution, merely to indicate in the plan where collected contributions will be spent.

“Management and staff couldn’t even get this right with its first version of the plan, submitted to Council at its December 10, 2018 meeting, indicating that the adoption of the plan would commit Council to funding $107M of the $125M works schedule, without advising Council that levy plans do not require Council to fund shortfalls.

“This feature is foreign to levy plans and experienced staff should have been aware of this,” Kitson said.

“The increase in contributions for granny flats under the Wyong plan, as outlined above, without a long term plan to provide an equitable contribution framework and without questioning the veracity of the existing methodology is simply not good enough.

“All of these issues have been raised in submissions to the exhibition of the draft plans, but were basically ignored and fobbed off,” Kitson said.

“It is a hard call to say that Councillors should be on top of these issues, given the amount of information that they are required to digest, and the complexity of contribution issues.

“Ultimately, it is management’s responsibility to understand the issues in order to make good policy, which is clearly missing in the contributions areas.

“I need not remind readers of the poor planning in the Forresters Beach area where greenfield land was released without the preparation of a contribution plan.

“I note that Cr Bruce McLachlan estimated at the time (February 2018) that this omission resulted in the loss of $12M in potential contributions, which could have been used to address the impacts of the development on existing facilities and infrastructure.

“This was, at that time, a 102-lot subdivision of the former golf driving range, approved by Central Coast Council on the recommendation of staff,” Kitson said.

Central Coast Council was asked for comment on these assertions, but no response was received in time for publication.

Rate notices to include hardship advice