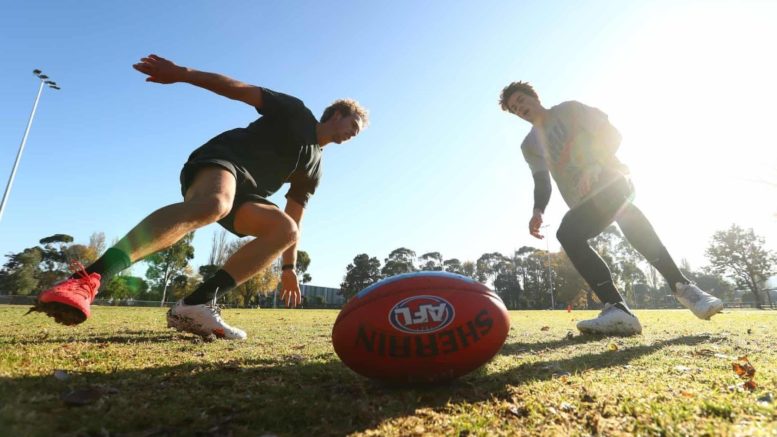 The Blues are looking forward to the new season Photo: The Entrance Bateau Bay AFL Club

The AFL Hunter Central Coast Board has confirmed starting dates for the 2020 senior AFL season.

A 12 Round home and away season for the senior competition will kick off on July 18, with a revamped four team knockout finals series to conclude it, culminating in a grand final slotted for October 17.

Board Chairman, David Flynn, said the four team finals series would add a new dimension to the pointy end of the season.

The fixture will also see all Black Diamond Cup teams play each other once, before facing three opponents for a second time, on the run into the finals.

To streamline the season ahead, the junior competition will mirror the seniors’, with theirs to consist of an 11 round home and away season, including a pre-finals bye on the October long weekend.

They’ll also have a four team knockout finals series, with their grand final slotted for October 18.

They’ve all gone through varying degrees of tough times since COVID-19 hit, but now with the junior and senior seasons secured, they’re ready to play.

Damien Ashby, President of the Blues, says his 170 members are just real keen to get back into their footy.

“For us, any season is better than no season and there’s a real excitement amongst the members.

“We resumed modified training a couple of weeks ago and come July, we’ll be increasing that training load and getting back into contact training, to make sure that all of our are players match ready.

“Basically, we’re just getting the fitness back up to where it needs to be and re-laying the groundwork for the season,” Ashby explained.

He said that The Blues had no issue with the format that the modified season was taking and that they were in for the long haul.

“We can’t predict the future.

“If the virus does become an issue later on, that’s not something that we have any control over, so for now, we’ll just keep going with preseason preparations and getting on with the job,” he said.