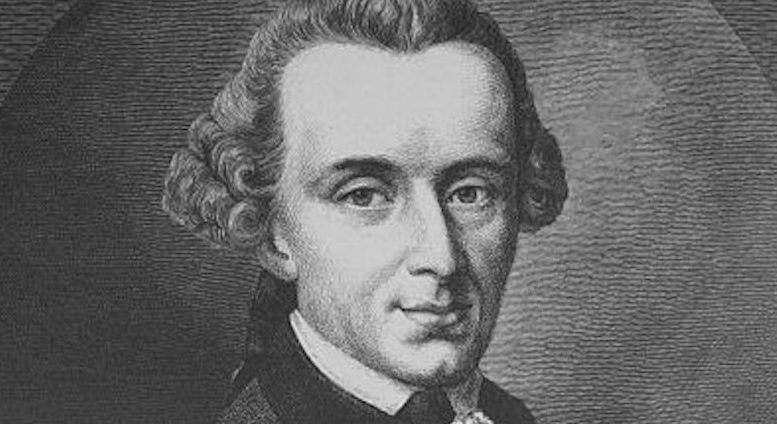 “I have to say Joffa, you’re one of the smartest Kants I know.”

It was high praise indeed, coming from someone as intellectually gifted as Robbo, who was also the founder of the Pearl Beach Immanuel Kant Society, otherwise known as the Pearl Beach Kants.

He left the society after crashing his pushy at 130 kilometres an hour going down the Pearl Beach mountain road.

The incident had made him quite the legend over there.

“No other Kant could’ve survived that”, they would say, but I suspect if it hadn’t been for the anaesthetising effect of the carton of crafties he’d consumed beforehand, he may well not have.

We’d gathered on St Hubert’s Island Bridge, not for a meeting necessarily, but to try and stop Thommo jumping off.

He was keen to jump before the State Government installed its anti-libertarian restraining fence, but I suspected Thommo had suddenly become a little nervous.

It seemed a much bigger drop from the top than it did standing below, and he was stalling for time.

You see, poor old Thommo had sold his two-storey house in Umina after watching an online COVID-19 video that predicted 90 per cent of all humans would die of the coronavirus before winter arrived, and then invested all the proceeds into Flight Centre shares.

“They looked like they needed it more than I did,” he said.

“And, I figured that if I was wrong, and the virus didn’t kill everyone, I could get a pretty good discount on my next holiday.”

“I just can’t understand it Joffa,” he continued.

“The guy on the video was a doctor, a foot surgeon I think he said.

“He really knew his stuff about virology … and there’s no arguing with science.”

(Now, I have to admit, I was a little pleased we’d come to this as we were due to discuss the philosophy of Kant, and I’d spent all week re-reading my complete works of Kant, beginning with his “Critique of Pure Reason” – I’d also aspired to be the a complete Kant.)

“The Enlightenment was drifting into a poor state of retro-Romanticism by 1780,” I said.

“The work of Newton had made everyone’s confidence in the power of science and human reason to figure things out for ourselves, so much so that people decided they didn’t need political or religious authorities to tell them how to live.”

“You know, back in February.”

“People were pathetic – they thought that if everything is controlled by the ‘fundamental laws’ of nature, a priori laws that we cannot influence, then there’s not much left for anybody to do but to succumb to them.”

I could see Thommo looking nervously over the edge of the bridge and wondering whether the fundamental laws of gravity were still in force during the shutdown.

“Well, basically, he said that the laws of science are nothing more than the human mind’s attempt to put a structure to all that we experience in the world.

“But the real world – the Truth – is something we can’t observe, something too complex to ever really understand.

“And so, we think we observe some kind of cause and effect happening according to these fundamental laws, but actually, they are just things happening at the same time.”

“You mean like when you’re seen near a car when its alarm goes off in a carpark?” asked Robbo.

Then Johnno jumped in.

“Basically, Kant says supernatural stuff … metaphysics … is possible, but just not sensible in our science-y world.

“Ergo, there is still a role for religion and morality, separate to science.”

“Thus Kant says,” Johnno continued, “I had to deny knowledge in order to make room for faith”.

“We cannot know (theoretically) that we are free, because we cannot know anything about exactly what freedom is, other than the description that we (reasonably) concoct for what it is.”

“Guys, I think I might jump now,” said Thommo.

We all looked at each other knowingly.

This is what eating Kale and wearing your hair in a man bun does to a person.

There was no point dissuading him.

“Ok mate, well, cheerio then … can I have your pyramid?”

“I wouldn’t jump if I were you Thommo,” said Boof, who always liked to chime in late in a discussion.

“Google just launched a takeover bid for Flight Centre and the shares have jumped from nine bucks to thirty-six bucks.

“My definition of “profit” might only be some mental concoction, but I still reckon you can now own four houses in Umina.”