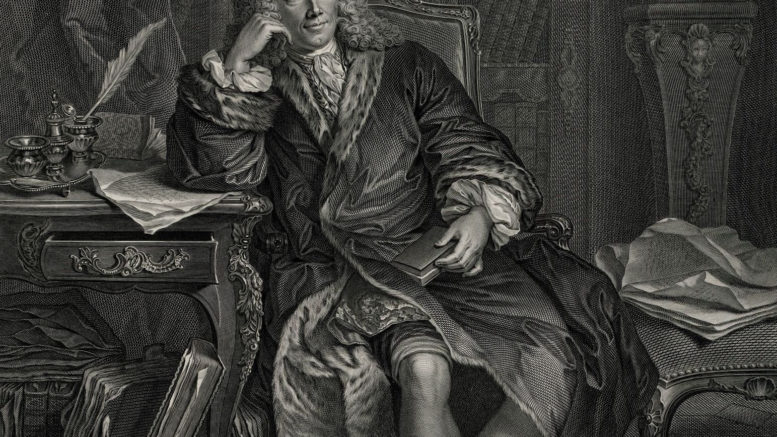 Bugger me, not the Fudge Monkey … it was bad enough when the Leagues Club closed, but where the hell will we get our fudge cup-cakes and watch the jelly-wrestling now?”

I always had him down as an anti-vaxxer, but now his anti-disestablishmentarianism was on full display.

“Why don’t we just let everyone catch it?” he would ask. “What doesn’t kill you makes you stronger, right?”

Johnno was keeping quiet – as a devout Christian, I think he may have been expecting a good, old-fashioned plague for some time now.

We had gathered within the hallowed walls of Woy Woy Leagues Club – it was all boarded up, but Robbo knew a bloke who knew another bloke who still had keys to the upstairs bar.

As a Lions man, I found it easier to be in there without all those mungo commoners reminiscing about their ‘play-the-balls’ and silly six-man scrums.

“There must be a way to make money outta this crisis,” said I. “I mean, why don’t we set up the Woy Woy University in here?” said I.

“Hello, Joffa,” said Thommo, “Nobody goes to University anymore. Why would you rack up a $50,000 HECS debt, forego three or four years of income just so you can graduate and become unemployed like the rest of us?”

“Well, so you can appear to be better than everyone else … more enlightened.”

“You don’t need a degree for that,” said Thommo. “You just need to have a pyramid in your lounge room, become a vegan, only drink out of jars, and grow your hair long enough to tie it up into a man bun, like me. I mean, I don’t even have to tell people how enlightened I am because my man bun tells them for me.”

“How do you make money from that?” I sked, looking out into the car park at Thommo’s brand new Hilux Rugged X sitting next to my old Holden Barina.

“It wasn’t all skill I suppose … I stuck the proceeds from selling my old Hilux into a bitcoin account for a few days, you know, to keep it safe until the new Rugged X came out. But then I lost my password. When I finally found it six weeks later, I had $10 million in my account. Not bad, given I never passed Economics at Uni. I couldn’t get past that old book of Adam Smith’s.

“You mean ‘Wealth of Nations’?” I asked. “By Adam Smith, the Father of Classical Economics.”

“And a damned heretic!” exclaimed Johnno.

“I suppose you would say that, my bitter biblical brother” said I. “After all, he offered an answer to the most pressing question of the 18th Century, as the burning aspiration of the commoner tugged away at the protectionist chains of the State and the crippling tithes of the Church.”

“How was it that common society, with each person driven by an ungodly and reckless self-interest, did not spiral wildly out of control?”

“You see,” I continued. “The prevailing view was that the workings of an ‘economy’ were so incomprehensibly complex that the role of the State and the Church was to suppress the destabilising, heretical influence of the new capitalists. But Smith’s conclusion was quite the opposite – that freely functioning, competitive markets act like an ‘invisible hand’ to set prices, clear markets and ensure all things needed by society are, indeed, produced in the most efficient way.”

“I had one of those once,” said Thommo. “I used it to put some invisible cash into a few officials’ invisible back pockets.”

“Mmmm …” said Johnno. “In any case, without a State or Church to run commerce, how could anyone judge what was good commerce or bad commerce?” asked Johhno. “Invisible hand, really … you’re asking us to believe in miracles.”

“Like immaculate conception, or walking on water, you mean?”

“Anyway, Smith talked about that too, in his other famous book, The Theory of Moral Sentiments, he wrote: ‘Our moral judgements with respect to our own conduct are only applications to ourselves of decisions we have already passed on the conduct of others’.”

“By presenting moral judgements as the way we judge others and then later apply this judgement to ourselves in the same circumstances,” I persevered, “Smith created the notion of an objective, third-party observer to assess the “propriety” of an action – and so displaced the need for the prejudicial powers of the State and the Church.”

“He hated puppies, that guy,” was all Johnno could say.

“Your frustration, my dear fellow, mirrors that of the State and Church – how could free markets be unpatriotic or heretical if they harnessed self-interest to increase the wealth of a nation and, at the same time, allow for social advancement for all?”

“I don’t understand,” said Thommo, who was also a member the Pearl beach Communist League Revival Group, who always met on Wednesday nights after tennis. “If all profits get competed away in a free market under perfect competition, how can any business survive?”

“By ripping people off, of course,” answered Robbo. “Customers, workers, suppliers … or preying on their smaller competitors – it’s just like Rugby Thommo, if you’re gonna succeed at capitalism, a few people need to get hurt.”

“Exactly,” I said. “Now let me ask again, how can make some money out of the crisis?”

“I’ve already got it sorted Joffa,” said Robbo, pulling a tarpaulin away from what looked like a large still. “Anybody want some flu vaccine?”

“Well, I got me some of that blood plasma from Mexicans wot have had Covid-19 from the dark web, mixed it together with some pine-o-clean as recommended by President Trump and threw in a bit of hand sanitiser and tonic water. I even added a bit of peanut butter for taste. I call it ‘Robbocine’.”

“Taste?” enquired Thommo. “Why don’t we procure some syringes and tanning lamps and then we can sell them to people to inject the vaccine straight into their lungs while lying under a UV light?”

“Wait guys,” I said. “Is there any evidence that any of this stuff works?”

“Of course not, Joffa … but there’s no evidence that it doesn’t either.”

We all nodded in agreement.

“I think there might be some side effects,” said Boof suddenly, who always liked to chime in late in a discussion. “The foxy’s been lickin’ away at it since we got here and is now dry humpin’ me leg like there’s no tomorrow.”

“Maybe we can relabel it as Canine Aphrodisiac.