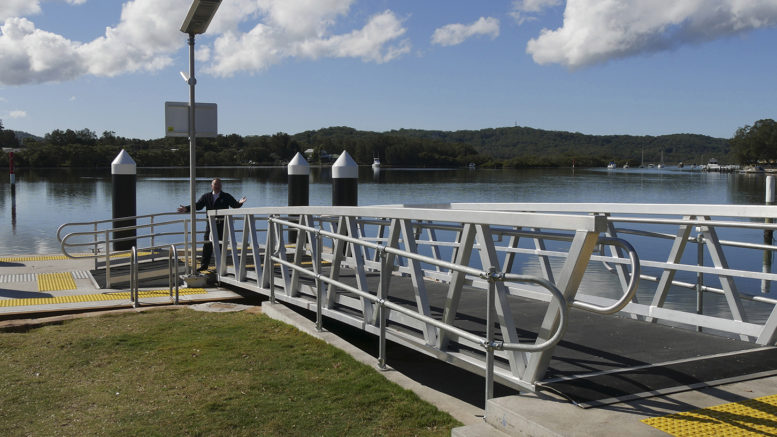 Boaters and local ferry operators now have safer and easier access to Brisbane Water with upgrades now completed at Central Wharf and Eulalia Wharf at Davistown, and Kendall Road Wharf at Empire Bay.

Parliamentary Secretary for the Central Coast and Member for Terrigal, Adam Crouch, said the $1.4M upgrades would make the shoreline more accessible in a range of tide and weather conditions.

“The previous wharves were fixed structure and did not have sufficient disability access for boaters and ferry passengers.

“This work means access is improved from both the waterway and land side.

“The new wharves all feature a floating pontoon which ensures accessibility in a variety of tides and weather conditions,” Bolgoff said.

Mayor, Lisa Matthews, said the new wharf infrastructure will benefit locals and visitors now and into the future.

Boating Now is the NSW Government’s $98 million program to support initiatives which improve the boating experience in NSW, including the delivery of recreational boating infrastructure across our waterways.

Completion of the wharves is timely, with the NSW Government announcing recently that restrictions on recreational boating in view of COVID-19 have now been lifted.

Source:
Media release, May 26
Parliamentary Secretary for the Central Coast and Member for Terrigal, Adam Crouch
Transport for NSW website, May 26

Liquor Accord bans extended to include illicit drug and outdoor violence