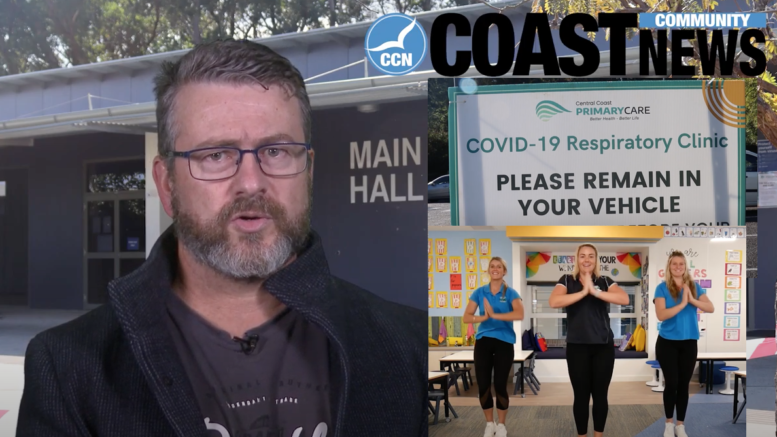 Welcome to Friday 5@5, for the first of May 2020, International Workers Day.

Thousands of Central Coast commuters can look forward to a more comfortable train ride to Sydney.

The first of the new trains, manufactured in South Korea, have arrived in Australia and are now going through final assembly and testing for deployment on the rail network over the coming months.

The new trains have a maximum speed of 160kms per hour and feature two by two seating, tray tables, mobile device charging points and storage for luggage and bicycles.

Parliamentary Secretary for the Central Coast Adam Crouch said that work on the rain line and construction of the $300M maintenance facility at Kangy Angy had helped create 1600 jobs on the Coast.

NSW Premier, Gladys Berejiklian, has called for more COVID-19 testing as she begins the process of lifting restrictions on social and economic activity.

Earlier this week, the Premier said that, from today, the State would allow a maximum of two adults to visit another household for social or care reasons, with children permitted to accompany them.

She also acknowledged many retail outlets and offices were likely to restart normal operations in late May and it is expected that more specific announcements will follow in coming weeks.

A key condition of these nascent steps to re-start economic activity, however, is more proactive testing for COVID-19.

Local Health District is currently testing around 110 people per day, but the government is looking to double this over coming weeks.

Terrigal MP, Adam Crouch, this week encouraged anyone with flu-like symptoms, no matter how mild, to present to one of the testing clinics in either Gosford of Wyong, or the pop-up clinics in Erina.

And as at 8pm on Tuesday, Central Coast Local Health District (CCLHD) had recorded 117 confirmed cases of Covid-19, of which 115 have now been released from daily follow up, with only one person in hospital.

Let’s go to David Abrahams now for a wrap on proceedings.

Thanks Ross, yes, there was plenty on the agenda for Councillors to debate but as we said earlier in the week, the meeting had an unusually collegiate and co-operative feel.

Here was what Councillor Kyle McGregor had to say.

And the unanimous approval of the motion to stop the tower in Wyoming was a welcome outcome for many locals.

We spoke earlier with Christie Plunkett.

In other news, the NSW State Government has now handed out over $4.6 million to small businesses on the Coast.

The grants are intended to help business cover bills for utilities, rates, insurance and wages, among other things.

Parliamentary Secretary for the Coast, Adam Crouch said ServcieNSW were still working through over 700 applications and invited any business that have not yet applied for the grant to do so.

And relief is in also sight for thousands of tradies here on the Coast with an announcement by the NSW government that up to 200,000 licence holders will have their licence fees waivered for 12 months.

Back to you Ross

Thanks David, well if there’s one silver lining to the coronavirus clouds its in the area of gambling addiction.

The Central Coast has one of the highest gambling addiction rates in Australia but the closure of pubs and clubs over the past month has given those impacted an opportunity to break the habit.

We asked Filiz Niyazi from Coast Community Connections, one of the leading health and community service organisations in the region, about what she’s seeing on the frontline.

And if you want to speak with someone about gambling, you can call Coast Community Connections on 4344-7992.

That’s all for this week.

Make sure you get your hands on a copy of Coast Community News Issue 240, hot of the press today, or see all the latest stories on our website.

And there, you can also see a short performance of Wash the Blood of my Toga from Woy Woy Little Theatre.

And we’ve heard that girls just want to have fun, but this trio of teachers from Terrigal Public School shows that teachers can be fun too.

Have a great weekend.

Presented by Ross Barry with David Abrahams, filed and edited by Alex Herget.