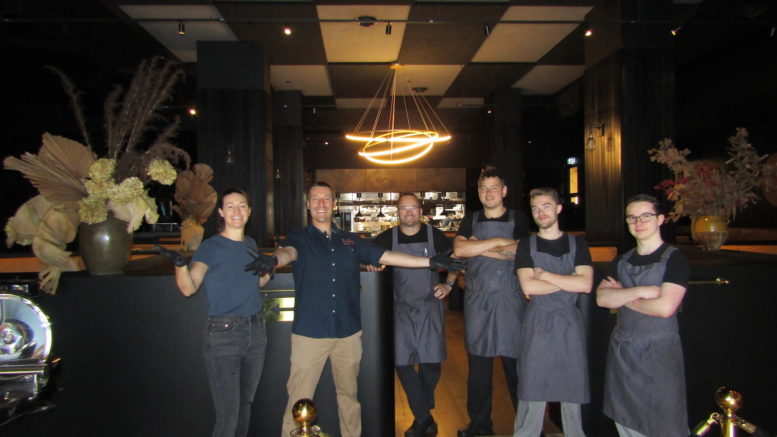 The Bon in Gosford CBD is reopening its cafe and restaurant to new and old clients in a controlled manner.

The NSW Government has made its first tentative steps to re-open business and other activities across the state.

Following the staged re-opening of schools from May 11 and a relaxation of restrictions on household visits, Premier Berejiklian announced further easing of restrictions in the days ahead.

Specifically, from Friday May 15, up to ten people will be allowed to visit food-serving venues such as pubs, clubs, restaurants and cafes.

Residents will also now be allowed to gather outside in groups of up to 10 people, while the limit on two visitors to a household will be increased to five, including children.

Weddings can now be attended by 10 people while 20 people can go to an indoor funeral and 30 can attend an outdoor one.

Up to 10 people can attend religious gatherings and places of worship.

Playgrounds and outdoor gym equipment in parks have reopened and outdoor pools will open with restrictions.

The Premier was quick to caution people that they needed to remain vigilant and that the number of infections would almost surely rise as social interaction increases.

“It’s more important than ever to maintain social distancing given there will be more people out and about this weekend,” the Premier said.

The Premier also encouraged people to book attend to attend restaurants and other venues, not to just go along and line up outside.

The easing of restrictions come as the Central Coast Local Health District has reported no new cases of Covid-19 since the weekend of May 9-10.

The number of total confirmed cases remains at 117, with just one death and all but one active case now released from daily monitoring.

“Even though restrictions have been relaxed, this does not mean people can be complacent.

“I would urge Central Coast residents to stay 1.5 metres from others in public places, and if you have even the mildest symptoms please get tested.”

There have now been almost 14,000 tests carried out on the Central Coast, with the recently opened testing clinic at Erina reaching capacity testing numbers in its first week of operation.

Operated through Central Coast Primary Care and led by local GPs, the Federally-funded clinic is supported by experienced nursing and administration staff.

Member for Robertson Lucy Wicks said it was encouraging to see such a strong community response since the clinic opened on May 11.

“As restrictions slowly ease on the road to recovery from the coronavirus, it is essential people continue to get tested if they are experiencing respiratory related symptoms.”

Bookings are required and can be made at Central Coast Primary Care’s website, www.ccpc.com.au, or by calling the Clinic on 0435 813 865.

The important role of foster parents and forever families