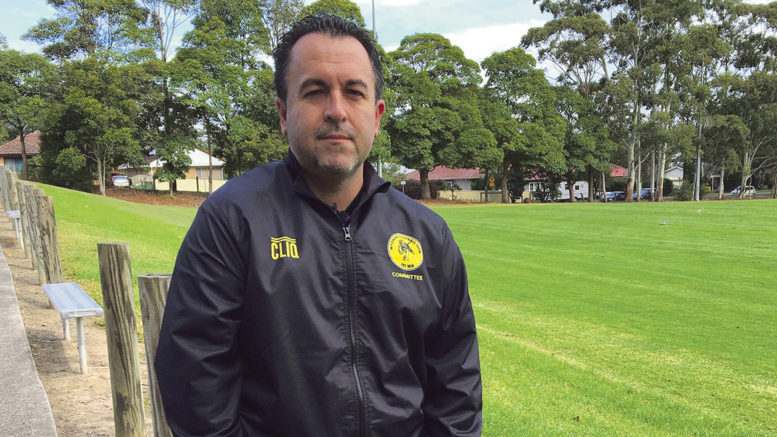 Wyoming Football Club has applauded a decision by Central Coast Council not to grant a lease to Optus to erect a telecommunications tower at Alan Davidson Oval.

Football Club President, Scott Snodgrass, said “common sense” had prevailed when councillors voted at the ordinary meeting on April 27 to deny a lease, effectively negating an approval given for the tower in 2018.

A revised Development Application (DA) was submitted in 2019, but was denied after hundreds of residents signed a petition opposing the tower, citing lack of community consultation on the original DA, visual impacts to the area, the location of the proposed tower, and perceived detriments to health.

That refusal left Optus with no choice but to pursue a lease under the original DA that was approved in 2018.

Now that that has been denied, the telecommunications giant will need to look to other locations, with Member for The Entrance, David Mehan, insisting that telecommunication towers should, wherever possible, be located on industrial land.

“We were informed immediately after the meeting that Cr Kyle Mac Gregor’s motion to refuse the lease was passed by exception method,” Snodgrass said.

“That means it was passed unanimously without debate.

“We are pleased with this outcome and common sense approach.

“Many thanks to state member, David Mehan, and Counciillors MacGregor and Louise Greenaway for their support and communication on this issue.

“The community spoke loudly and our councillors listened.”

A report to councillors said that Council received approximately 90 submissions to the D A that was refused in September, 2019, with most concerned with a perceived health risk caused by electromagnetic radiation from the tower.

Coffee Club thrives at The Grange