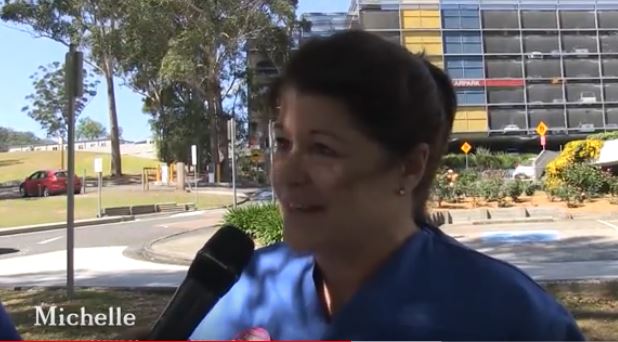 The State Opposition and the NSW Nurses and Midwives Association (NSWNMA) have both called on Premier Gladys Berejiklian to rule out pay freezes for the state’s nurses in the wake of International Nurses Day.

NSW Labor Leader Jodi McKay and Shadow Health Minister Ryan Park have criticised the Premier and Treasurer Dominic Perrottet for refusing to rule out a freeze on public service wages in State Parliament on May 12.

Holmes said the government should instead honour a “modest 2.5% pay increase from 1 July”.

“Over 93 percent of our public sector members indicated their opposition to a wage freeze in a snap poll, while more than 4,000 have emailed their local State MPs, urging them to reject it,” he said.

“While risking their lives to protect our community during the coronavirus pandemic, it’s abhorrent to be asking frontline nurses to do more for less.

“COVID-19 has challenged our public health preparedness and emphasised the incredible resilience of all nurses.

Local nurse, Michelle Cashman, is also angry about the any government attempt to freeze her pay.

“I’m stunned by this announcement – it’s beyond belief at a time when our nurses are under such pressure, that they would propose a freeze of our wages, especially when we see big pay rises for senior state government managers”.

“Nurses are really angry about how this is being handled – we’ve not had such a united vote for many years”.

When questioned directly about a possible wage freeze in Parliament, Treasurer Dominic Perrottet said there would be “many people who never find another job again” following the coronavirus pandemic.

“We must consider the welfare of these families as we take dollars from them to spend in the public sector,” he said.

Perrottet said NSW public servants had received a 2.5 per cent pay rise annually for the past eight years while “average working” citizens had seen their pay go backwards.

Premier Berejiklian said the government’s “first and foremost priority” was to protect jobs.

“As an employer of around 400,000 public servants, keeping all those jobs during the pandemic is our priority,” she said.

Berejiklian outlined measures which had been put in place to support health workers during the pandemic including stocking up on medical supplies and providing additional funding to support nurses with accommodation and parking costs.