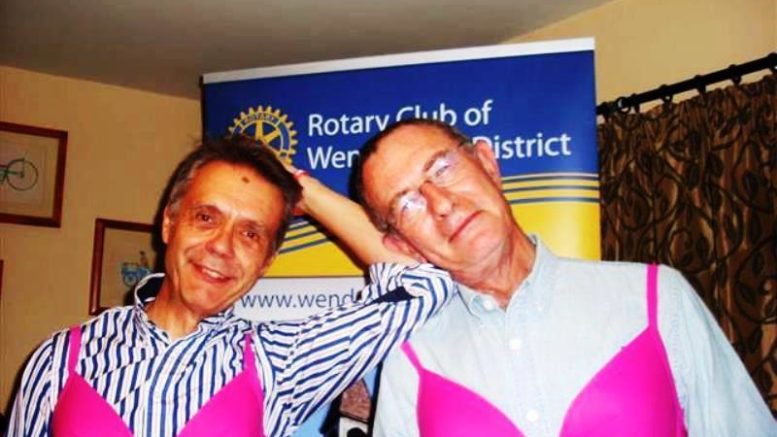 Brisbane Water president Mr Peter Mote, who set up the session with Wendover and District Rotary Club near London, said: “With Covid isolation, clubs and community groups have had to find new ways of not only communicating with members, but with like-minded people from far and wide.

“Why not extend that to Rotary clubs and guest speakers in other countries?

“We connected with the Wendover club to exchange fundraising ideas and they shared lots of ideas such as men in pink bras to a teddy bear picnic for children.

“There were laughs and a general sense of camaraderie as the two clubs talked about how they could improve their community work and exposure,” Mr Mote said.

Among the Wendover projects that impressed Brisbane Water members was the Bust program that collected more than 1500 bras for women in developing countries battling breast cancer.

Wendover president Ms Cheryl Law gave a presentation of her club’s work, watched by seven members of her club and 13 from Brisbane Water.

Ms Law has a connection with the Central Coast, having led a team of young professionals on a group study exchange in the region in 2012.

Mr Mote said he hoped Brisbane Water Club would continue its connection with Wendover and include other speakers over the internet – even when the club returned to normal meetings.

Brisbane Water club normally meets at Ettalong Diggers Club on the first and third Thursday of the month at 7pm.

Coffee mornings are held every second and fourth Thursdays in various cafes in Ettalong.