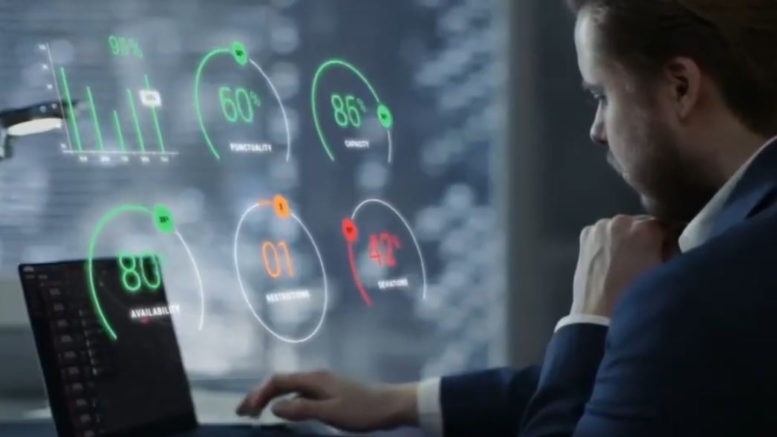 How long does it take to change a light bulb in a modern CBD building? Answer: Much longer than it needs to.

This is because all the information about that light bulb – its model, size, serial number, connection, the circuit and floor it is located on, are all buried away in a manual that may or may not have ever been written and which has probably long since been misplaced.

Enter Willow, the “digital twin” of the built world.

A digital twin is a complete digital replica of a building, or an airport, or a rail network, or any other large piece of infrastructure for that matter, which records and tracks every piece of data about it.

When the repairman turns up at a Willow-twin building, he’s already seen a virtual image of the office layout, has the precise tools and replacement parts he needs, and will cut in half the time he spends there and the risk of incurring a serious injury.

He may even be advised by the lift on his way out, given the number and weight of its users since it was installed, precisely how long before a service is required (or at least how many days before the warranty runs out).

And while its success is no doubt a function of great genius and hard work, underneath it all is one critical enabler – high-speed broadband.

The importance of digital technology in the Australian workplace and the need for fast and reliable broadband has been brought into sharper relief by the COVID-19 crisis.

Workers in their millions are suddenly working from home.

While some have found this challenging, it turns out the vast majority are more productive – it seems not spending hours in traffic or crowded trains each day is a good thing.

With the surge in the use of offsite services, we are relying on our broadband connections like never before.

Indeed, it is now hard to imagine running our lives without it.

Australia’s 21.8 million internet users represent about 88 per cent of the population, though in reality, almost everyone uses the internet – if we’ve used a phone, a bank, a car, strava on our bikes, etc, we’ve used the internet in one form or another.

For most of the last 30 years the growth rate in Australia and around most of the world has been approximately 30 per cent per annum.

In the last two months alone data usage reportedly jumped by another 40 per cent as a result of the shutdown, forcing the NBN Co to temporarily increase data capacity to retailers by 40 per cent.

This is a remarkable growth figure and one of our most remarkable social and economic metrics in the modern era.

Yet consecutive governments have underestimated the importance of broadband in enabling Australia to participate in the digital age.

While others seize the opportunity to invest to build global competitiveness, Australia’s focus (and investment dollars) has remained narrowly tuned to mining, tourism and home-building.

Past political battles over the NBN have been fierce and public consternation remains, particularly among those that still suffer poor speed and reliability.

The arguments of former Prime Minister Malcolm Turnbull in favour of his ‘faster and cheaper’ multi technology mix are now entirely moot – a cheap and nasty NBN is not fit for purpose in a post coronavirus world.

The Productivity Commission has signalled to governments and industry that the nation’s productivity has flatlined for a decade – something that has put a dampener on wages growth and economic confidence.

Yet the PC has also never taken the quality of internet access seriously.

Its most recent Digital Economy publication of 2019 talks mostly of regulation and, remarkably, did not consult with the NBN Co or any other infrastructure provider.

Scale and agility are critical in this game – authorities need to recognise this.

So how can we boost our collective internet capacity?

Should we just all rely on the private sector plugging the holes left by the NBN, or just replace our NBN nodes as they age?

Should we all just rely on WiFi, 5G and small satellites in the future?

(5G proponents are certainly hoping to sell to the under-performing NBN coverage areas, though we must always remember mobile, or cellular, technology is inherently less reliable compared to fixed line technology.)

Some cities around Australia are going their own way, installing their own fibre optic networks to attract and grow research, business and investment in fast growing industries.

Adelaide installed a few years ago a 10 Gigabit network around the CBD and has stimulated the CBD growth remarkably.

The Central Coast Council is also coming onboard for the Gosford CBD.

What about the rest of the Central Coast?

Might not the Entrance or Wyong reinvent themselves as high-tech hubs?

With the push to reboot our regional economy and put the Central Coast back on the socio-political map, why not start with an NBN 2.0?

And why not seek to create a venture capital industry here on the Coast while we are at it?

We’ve all read in recent weeks about the Industry Superannuation Funds giant $3 trillion pool of capital – why not invite them to invest some of it here? Create a local venture capital industry?

Only then, perhaps, can the stunning example set by Willow might be something aspiring, tech-savvy entrepreneurs here on the Coast can aspire to.