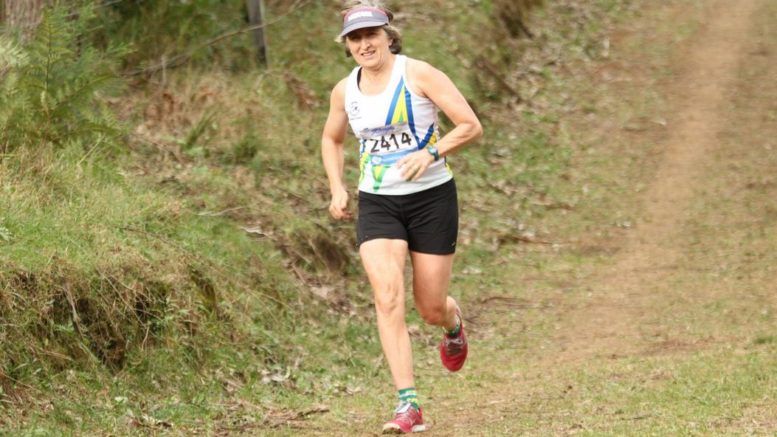 The club was named Country Club of the Year for its efforts over the past year, while its Secretary and celebrated athlete, Margaret Beardslee, picked up the Club Administrator of the Year Award, for her efforts in cultivating athletics in the area.

“They won the country championships point score and were the leading country club, and an outstanding third overall, in the winter premiership.

“In the Treloar Shield, they placed 11th and were the leading country club.

“They were also prominent at the Club Championships in December, where they won the women’s 50 years, men’s 40 years and placed third in the open women’s,” he said.

Before hitching her wagon to the Mingara Club, Margaret was a talented long distance runner.

After winning dozens of state medals in 1999, whilst representing the former Tuggerah Athletics Club, she won the NSW Short Course Cross Country.

At that point, Margaret was already working in club administration and was an active player in Tuggerah’s transition into the Mingara Club that we know today.

Since then, Margaret has held virtually every Club Committee position at one time or another and has been instrumental in growing the club’s presence on the NSW athletics circuit, bringing together a small army of dedicated volunteers to deliver events like the NSW Short Course Cross Country and NSW Road Relays, as well as the NSW Country Championships, which the club is due to host again in 2021.

Margaret was also a key player in the club’s campaign to get the Mingara Athletics Track resurfaced after 18 years of wear and tear, with a state-of-the-art synthetic track laid and unveiled in 2019.

Despite all that, the Killarney Vale local was still surprised by her award.

“With everything going on with COVID-19, I didn’t think the awards would go ahead, much less that I’d win, so that was a nice surprise,” she said.

“I want to pay my respects to the strong committee that we have at the club.

“Administration is only a small part of all the hard work that goes on behind the scenes that makes the club one to be proud of,” Margaret said.

She also said everyone was excited by the Club of the Year Award.

“There’s been lots of cyber chatter about it since we can’t gather to celebrate,” Margaret said.

With lockdown measures looking to continue until at least mid-winter and no clarification on how large sporting gatherings like athletics meets will proceed once they have been eased, Margaret said the club was now taking stock of how the year ahead might pan out.

“Most sports are starting to mobilise and are waiting for the go ahead, but we don’t know much at this stage.”